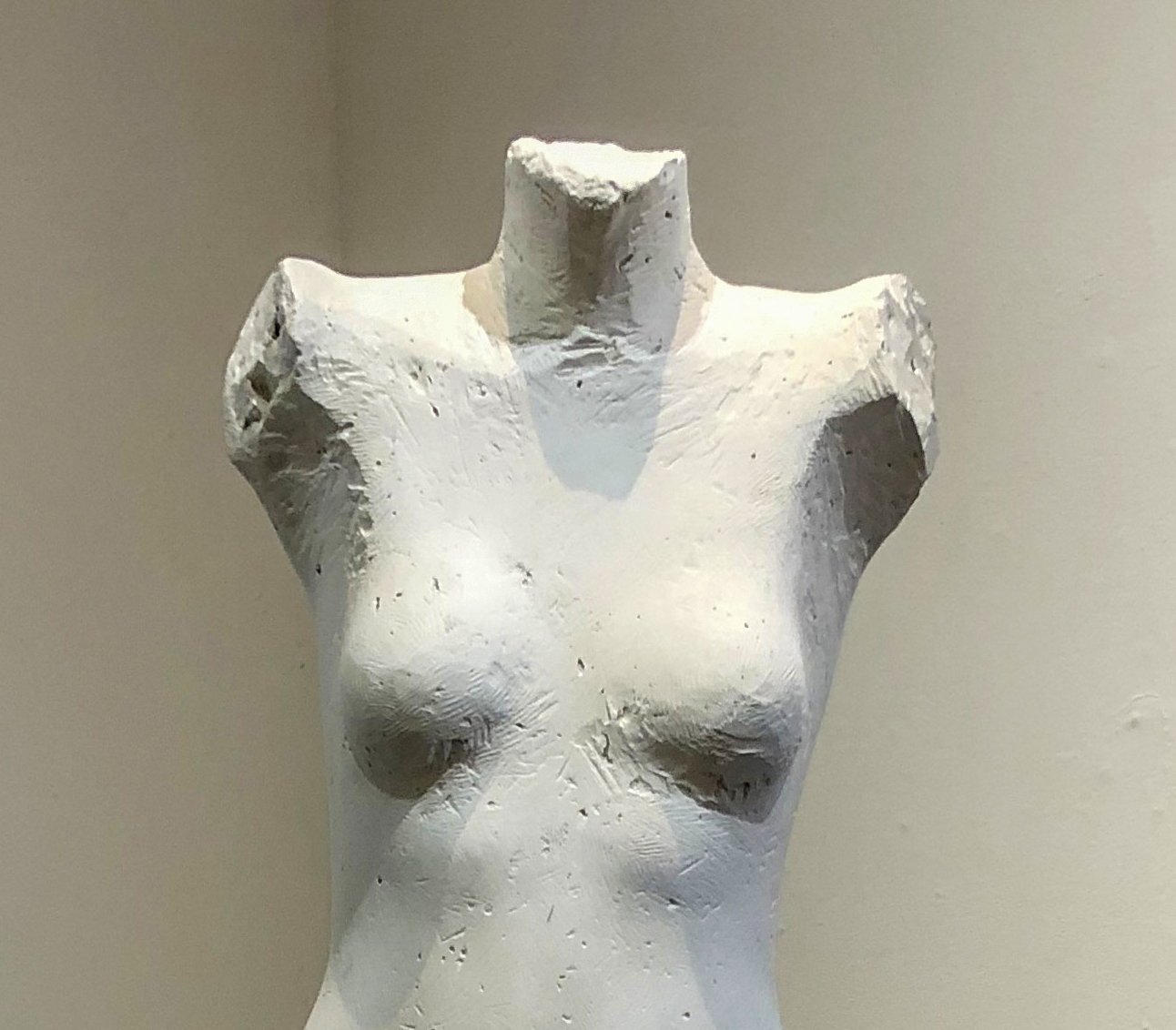 Born in Sanger, California, Manuel Neri spent most of his childhood in the San Joaquin and San Fernando valleys, where his parents worked as farm laborers. He grew interested in ceramics through a course at San Francisco City College, where he met ceramist Peter Voulkos. After serving two years in the Army, Neri returned to the Bay Area, where he abandoned ceramics in favor of plaster. He felt that clay was too limiting, whereas plaster was “a mere blob,” allowing him to work quickly and spontaneously (ARTnews, Jan. 1981). Although art after the war was dominated by abstract expressionism, Neri swam against the stream and focused on human forms and gestures. He considers the human figure a “blank canvas” through which he can express different ideas (Corcoran Day & Night, March/April 1997). Starting with a plaster mold of a model, Neri chips away at the surface and hacks at the limbs. He then paints the figures with expressionistic brushstrokes of color, explaining that the ancient Greeks painted their sculptures too.