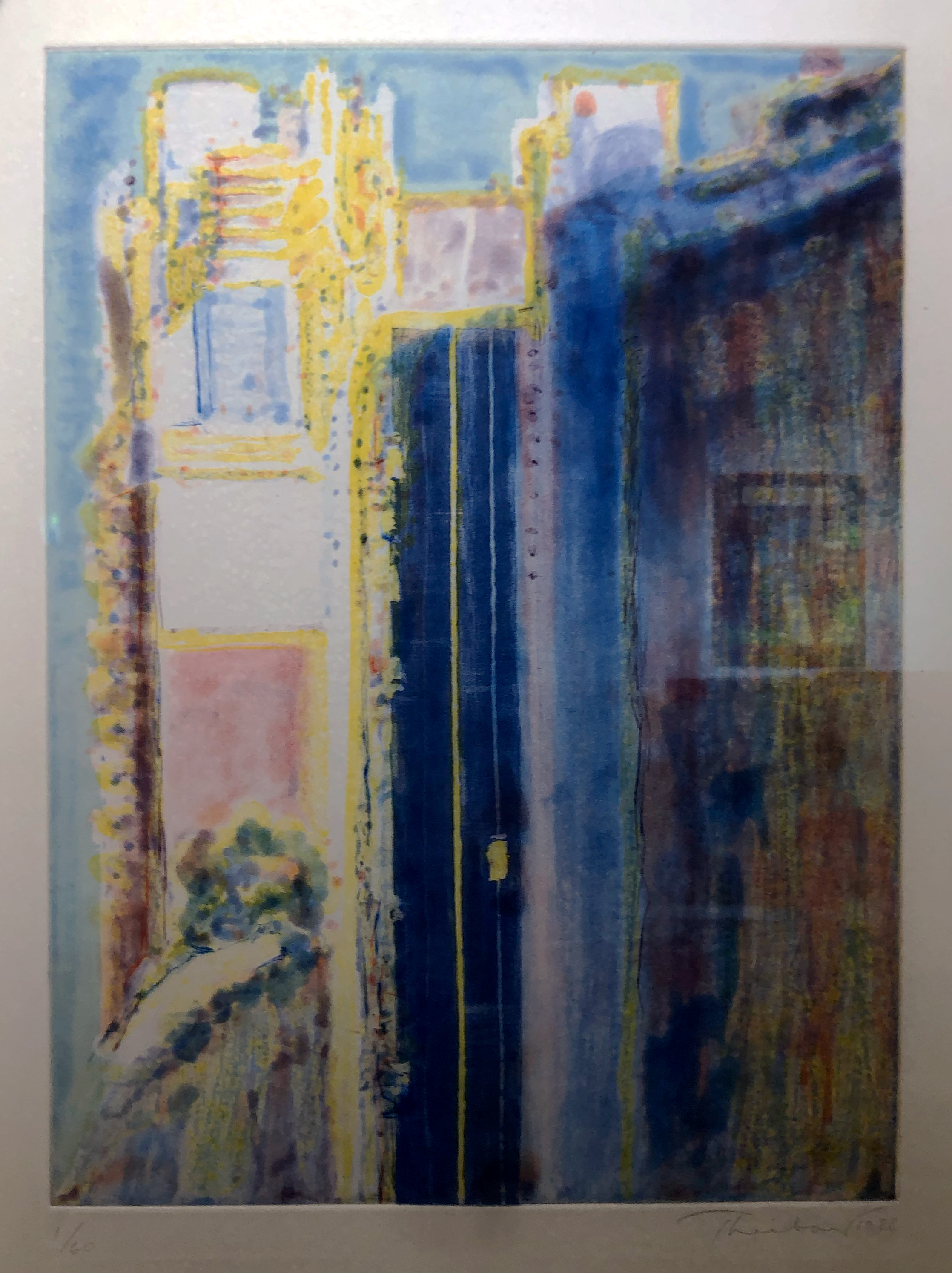 Join us at the opening reception on November 9th from 7 to 9 pm!

In conjunction with his 99th birthday, the John Natsoulas Center for the Arts will feature an exhibition exploring the life and career of Wayne Thiebaud. Various works on paper, ephemera, photos, and original works of art will be on display for the public.

From his early cartoon drawings to his famous later work, this comprehensive exhibition features pieces from every period of Wayne Thiebaud’s career. Thiebaud’s brilliance lies in his capacity to depict everyday objects as commodities, capturing their essence with thick, gestural brushwork and bold, saturated colors. Best known for his paintings of classic diner style desserts, this artist updated the traditional still-life genre for the age of mass production and consumption. He is widely considered the most notable artist to come from UC Davis.

Wayne Thiebaud began his career as a graphic designer and cartoonist before beginning his painting career in the mid- 1950s. It was not long before he eventually rose to fame with his signature pop style paintings of hot dogs, pies, and cakes in 1961. In 1962, Thiebaud started teaching at UC Davis. At this time, the school was a particularly interesting microclimate for artists. The art program was brand new and despite- or maybe even because of- the lack of facilities or tradition, Davis was a place where professors and students could do anything they wanted. Anarchy reigned. With no overwhelming structure or curriculum, Thiebaud used deeply saturated colors and experimented with the largely devalued medium of ceramics. These were considered highly taboo in the eyes of the New York art scene, which was so prestigious and expensive, it was nearly impenetrable. Despite the revolutionary characteristics of his work and the artistic ideals of his time, Thiebaud gained recognition as a highly-respected artist.

When Thiebaud began teaching he already knew fellow professor Robert Arneson, another huge pioneer in the art world. They met at the California State Fair where Thiebaud had done painting demonstrations and was (until 1959) in charge of installing the art show for the Fair. Thiebaud’s two years at UC Davis contributed to the collaborative, free-spirited attitude at the school. In 1962, the University provided Thiebaud with a grant to travel to New York City, where a massively successful debut exhibition at the Allan Stone Gallery launched his national reputation. His name became huge in the world of Pop Art and New Realism. Thiebaud is widely regarded as a figurehead in the Bay Area Figurative Movement along with Manuel Neri. A dedicated and passionate professor, Thiebaud ignited a spirit of creative innovation in countless students and aspiring artists spanning four decades on the UC Davis campus. Thiebaud officially retired from the UC Davis faculty in 1991 but continued to teach into the next decade. He has received numerous awards during his career including Most Distinguished Studio Art Teacher of the Year from the College Association of America. From his humble beginnings as a cartoonist to his days as a revolutionary and famous artist, the John Natsoulas Gallery presents an exhibition that explores every milestone in Thiebaud’s career. Join us for the opening reception Saturday, November 9th from 7 to 9 pm. The exhibition will run from October 30th through November 30th, 2019.