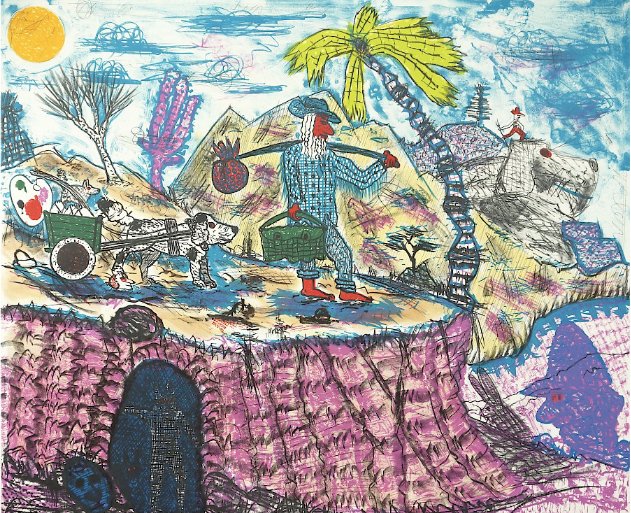 Roy De Forest was one of the most prolific and imaginative artists of his generation. The John Natsoulas Gallery is pleased to honor him this month with a special exhibition. The show will run through  January 29th through February 27th.

Join us at the opening reception on January 31st from 7 to 9 pm!