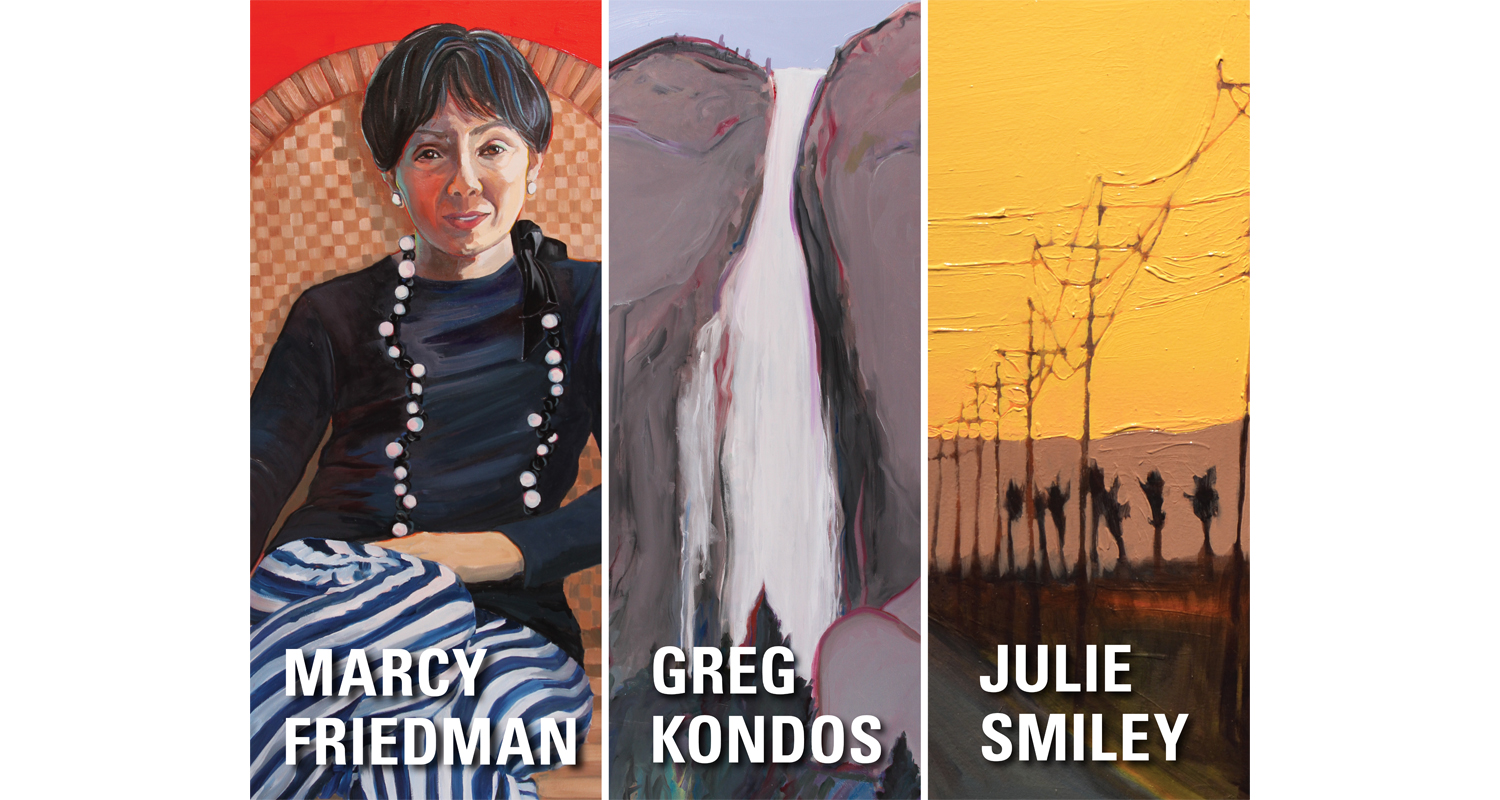 Recognized as one of the world’s most prominent California landscape artists, Gregory Kondos’ exhibition at the John Natsoulas Gallery, March 15, 2017 through April 15, 2017, will feature many new drawings and paintings, as well as earlier works. Whether painting scenes of Northern California forest, the mountainous Yosemite National Park, or the shores of his ancestral Greece, Kondos continues to paint with a simplicity and clarity that have become hallmarks of his work.

Kondos studied at Sacramento City College and later received his Bachelor’s and Master’s Degrees in Art at the California State University at Sacramento. He taught at Sacramento City College for 27 years and was the founder and director of the campus gallery. With fellow artist and friend, Wayne Thiebaud, Kondos founded the Artists Cooperative Gallery (now the Artists Contemporary Gallery), one of the earliest showcases for aspiring artists in northern California.  Kondos is the recipient of many prestigious awards and his work has been shown extensively in this country as well as internationally.

In her inaugural exhibition at the John Natsoulas Gallery, March 15 – April 15, Marcy Friedman demonstrates her fascination with the figure. Although the paintings feature portraits of Friedman’s friends and colleagues in the art world and of well-known community leaders and politicians in the greater Sacramento region, the paintings concentrate more on the figure in space than on pure portraiture. It is Friedman’s ability to capture the spirit of the individual in a hyper-realistic manner and still show their humanity that is the basis of her work.

Friedman, extensively educated on the history of textiles, integrates textile designs into her paintings: in the towels or blankets against which the model sits or reclines, on the clothing, or on a background for the seated or reclining figure. Pat Mahoney says of Friedman: “She’s a student of the figure and is interested in the figure in space.”

Friedman, originally from Hawaii, took her first life drawing class at Stanford (class of 1956), and later studied at Sacramento City College and with artist Benny Barrios, an icon of the period. She continued her art studies until, in 1973, when she turned her attention to family needs and to playing an important role in community art affairs. It is for our great benefit that in 2012 Friedman again took up her painting, helping form a group of figurative painters who meet regularly at Pat Mahony’s studio to paint the nude figure. The group has included Pat Mahony, Boyd Gavin, Fred Dalkey, Marcy Friedman, and Jian Wang.

Julie Smiley was born in Crescent City, California in 1977. Smiley’s main work is in oil painting, though she has often mixed media.  Smiley completed an MFA in Visual Arts Education from Ohio State University, received her teaching credential from Humboldt State University, CA, and has dual BAs in Studio Arts and Communication Arts from Gordon College, MA.

Where do we go from here? Are you from here? From here on out, things will be… From here on, I will…
The phrase “from here” implies being in a place with some perspective, perhaps with some elevation having been gained, yet one in which we don’t stay long, only to catch our breath, anticipate the next steps, and charge back in.  “From here” also may imply a place of origin and a different, desirable destination.
My latest series of work has been done in such figurative and literal places. The series “From Here” will be hung at the Natsoulas gallery from March 15th to April 2nd. In the work you might recognize the physical places I’ve lived this year, along with some gained consideration and hope.
+ Google Calendar+ iCal Export