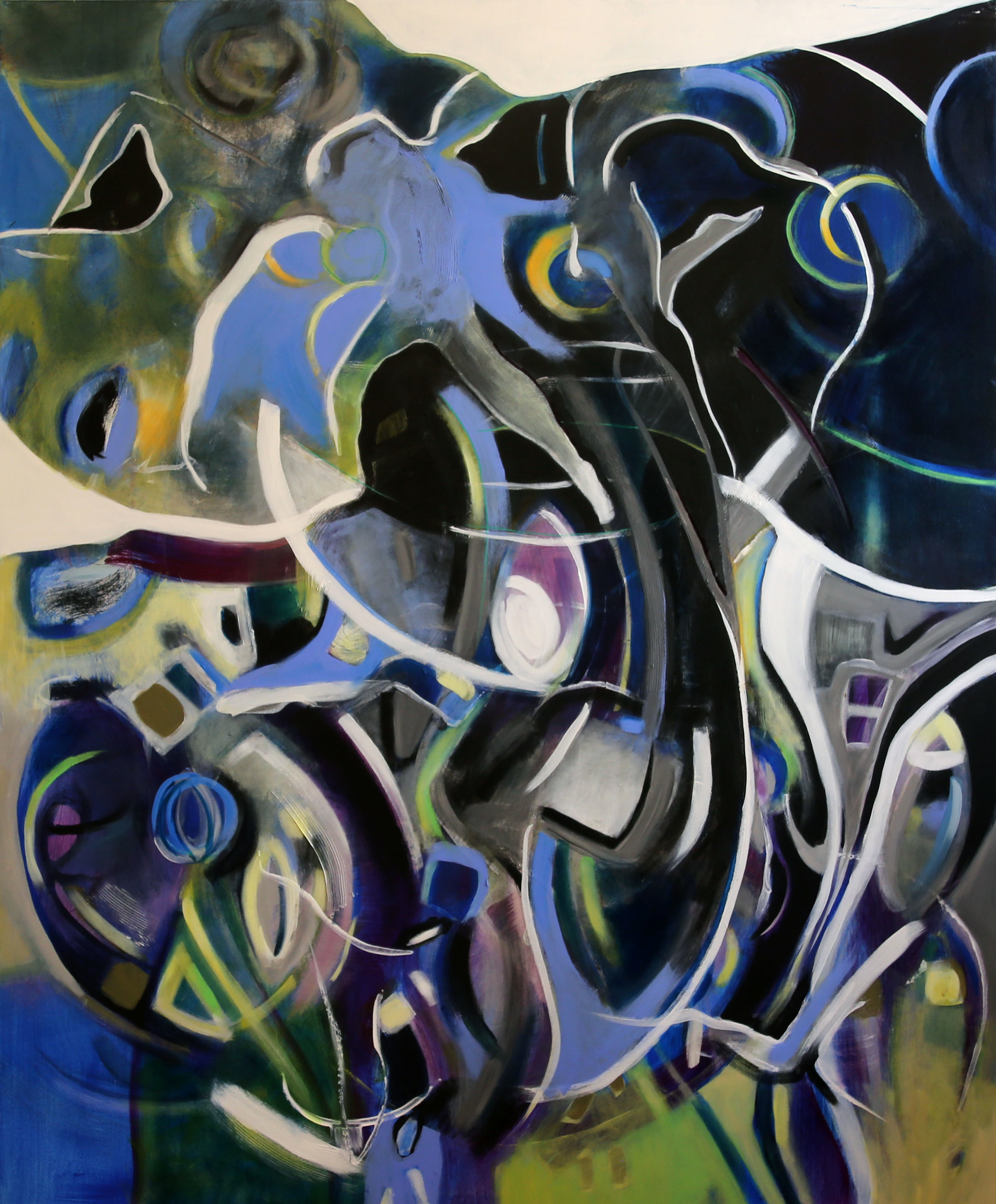 In Greek thought, creative inspirations, in the personhood of the nine muses, were conceived during nine nights of intercourse between the Divine and Memory, Zeus and Mnemosyne. In her show, “As Above, So Below: Reflections on Immanence,” Laura Hohlwein takes on this idea (developed in her mothers’ recent co-authored book: “Nine Nights: The Rhapsodies of Mnemosyne”) in large-scale abstract work loosely informed by figuration.

Other works in the show continue Hohlwein’s on-going painting interest: expressing, in the dynamic activity of shape and color, the phenomenological idea that conscious awareness is an active element in making/re-making everyday experience – that every moment is new, mysterious and dynamic in part and whole. Hohlwein, who identifies herself as a scientific pantheist, aims to express in this total body of work, her amazement with simply being alive and aware in a world which she find thoroughly infused with immediately accessible wonder.

‘In the endless process of transformation throughout the universe, nothing is destroyed. Death is not the destruction of things that have been combined but the dissolution of their union. The dissolution of the composite bodies is merely the dissolution of an alloy; in dissolving all things, the cosmos renews them. Indeed, in the entire cosmos there is a fullness of life, and throughout the whole recurrence of eternity there is nothing that does not live, neither in the whole of it nor it’s parts. … All phenomena in the celestial and terrestrial realms are linked together by the universal sympathetic.’

Thoth – The Egyptian Keeper of Heka, The Hermetica