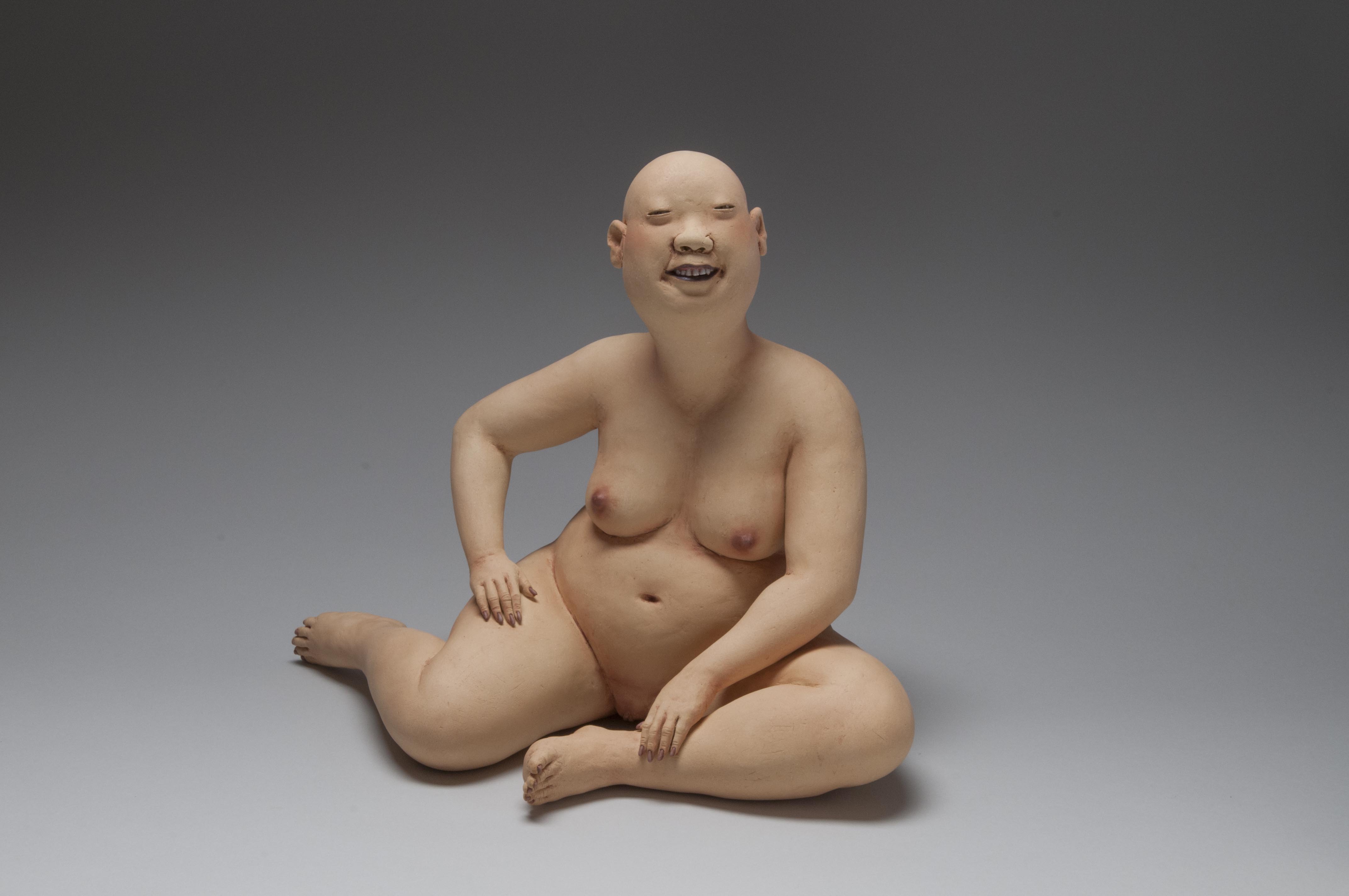 Shimazu’s art is influenced by her interest in nature, history, and family. In creating her distinctively charming stoneware pieces, she draws heavily from her experience as an Asian-American living in Hawaii. She is best known for her stoneware sculptures of bald, nude, chunky Asian women constructed with hand-building techniques. Her figures are created without complex details in order to accentuate their ceramic origins.

Over the years, she has established herself as one of Hawaii’s best-known artists. She has received a Wallace Alexander Gerbode Foundation Purchase Award in 2001, and an Individual Artist Fellowship award from the Hawaii State Foundation on Culture and the Arts. Her work has been in such museum exhibitions as the Fuller Art Museum, Brockton, MA – the Nude in Clay II, Perimeter Gallery, Chicago IL, the International Asia-Pacific Exhibition, the Taipei County Yingge Ceramics Museum in Taipei, Taiwan among numerous others.