By popular demand, we are bringing back various ceramic artists for more demonstrations!

Using Zoom, each presenter will do a live demonstration for three hours, PST. In an intimate setting, participants will have the exclusive opportunity to ask questions and engage in conversation. Registration fee is $50. In order to participate, Zoom must be downloaded in advance. The Zoom meeting ID will be provided four days in advance. If you have any questions regarding Zoom or would like to register through the phone, please feel free to call the gallery Wednesday through Sunday from 11 am – 5 pm at (530) 756-3938.

*This video is for your use only. We do not wish for it to appear in social media or be emailed to others. If you teach a class and want to show it for educational purposes, that is acceptable. Otherwise, it is for your personal viewing only. We request for these videos to not be circulated in any way as it is not our intention to publicly share these workshops. Thank you.
Available Workshops

The distinctive figurative sculpture by Lisa Clague hovers between fantasy and reality – playful, mysterious, contemplative. “My work evokes a place between the subconscious and the intangible,” she notes. “My masked figures are hybrid creatures, mistresses of ambiguity and disguise, of seduction and deception. These images, like dreams, are familiar but illusive.

The figures are rendered in white-ware and then treated with stains, oxides and wax. Metal, glass and/or wood are added components to complete the sculpture. 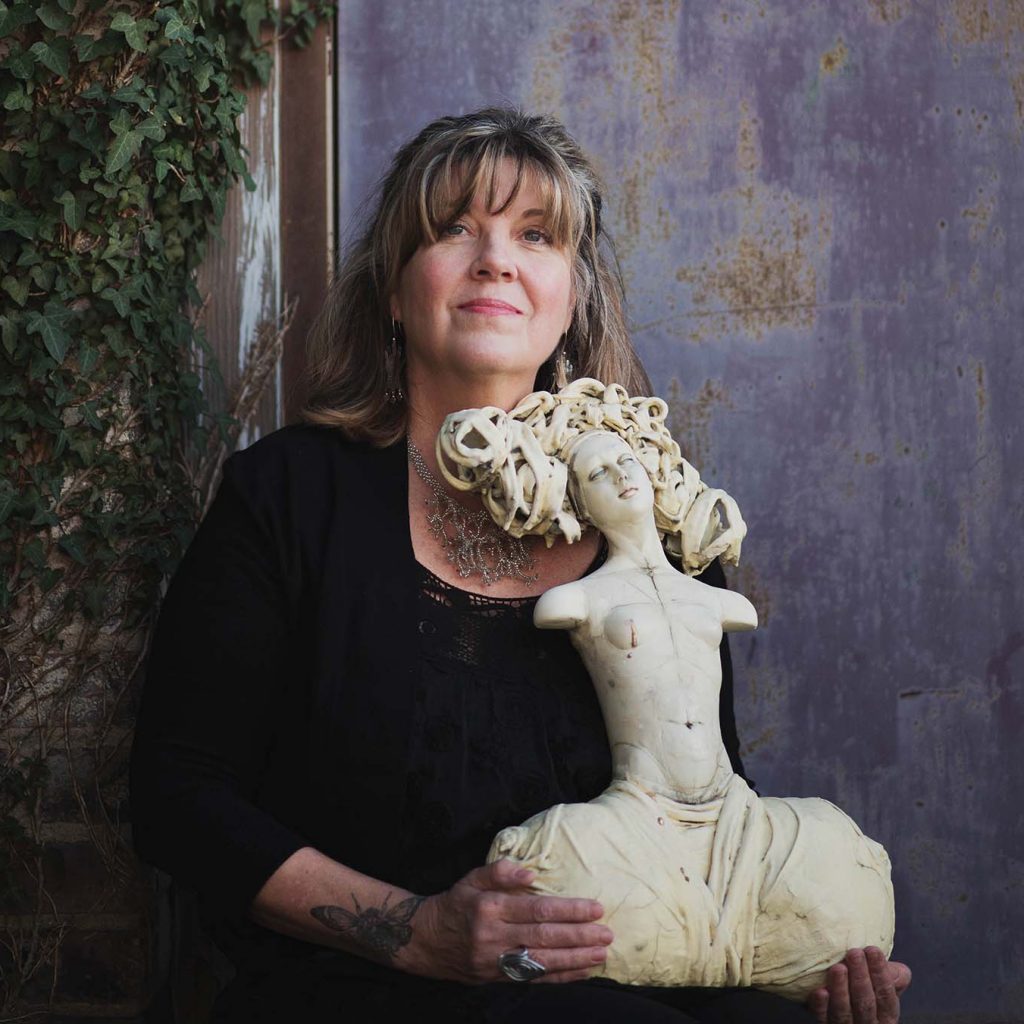 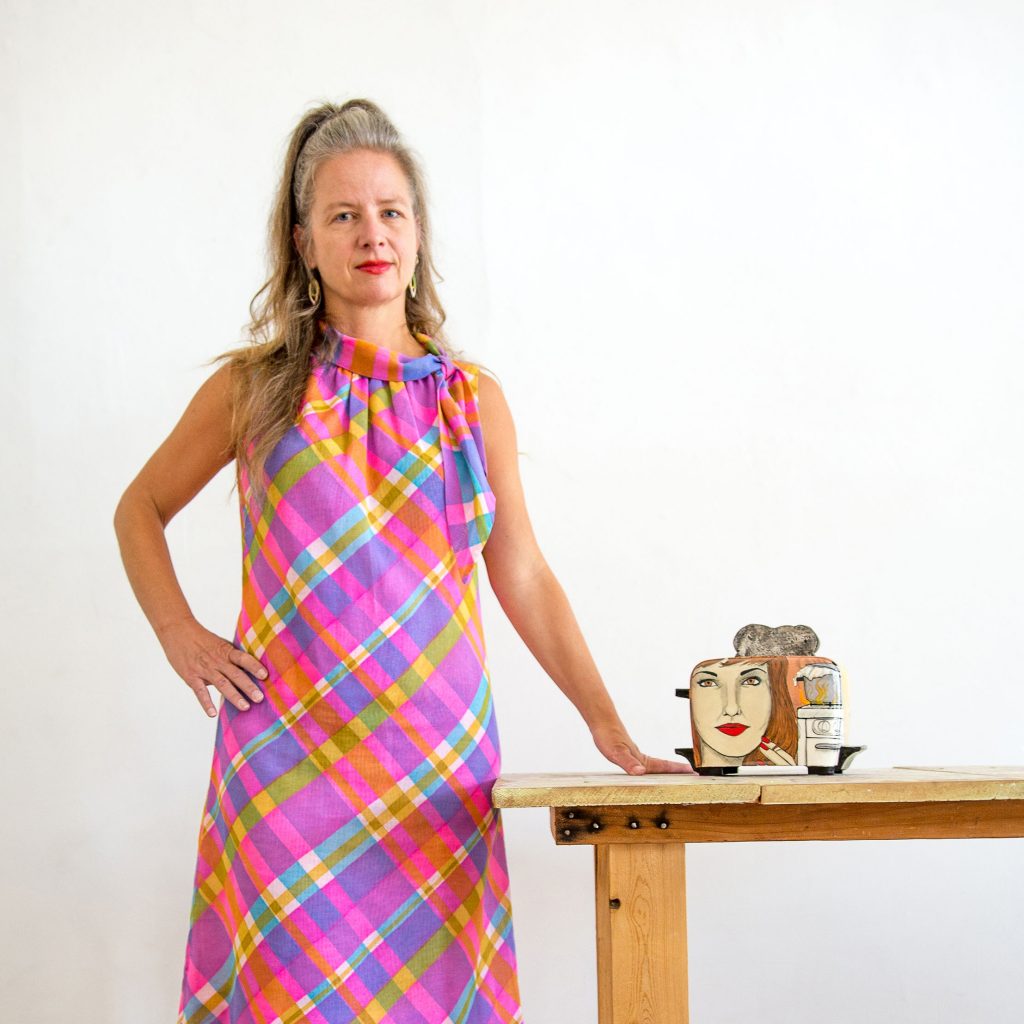 In this workshop, Shalene will take participants through a step by step process on how she creates her narrative slipcast works. Topics covered will include slipcasting and altering of forms, and the process of developing imagery on bisqueware utilizing drawing, painting and screenprinting techniques.

Shalene Valenzuela was born and raised in Santa Barbara, California. She received a BA in Art Practice at the University of California at Berkeley and an MFA in Ceramics from California College of Arts and Crafts. In 2007, she moved from her longtime home of Oakland, CA to participate in a long-term residency at The Clay Studio of Missoula. She currently maintains a studio in the historic Brunswick Building and serves as the executive director at The Clay Studio of Missoula. 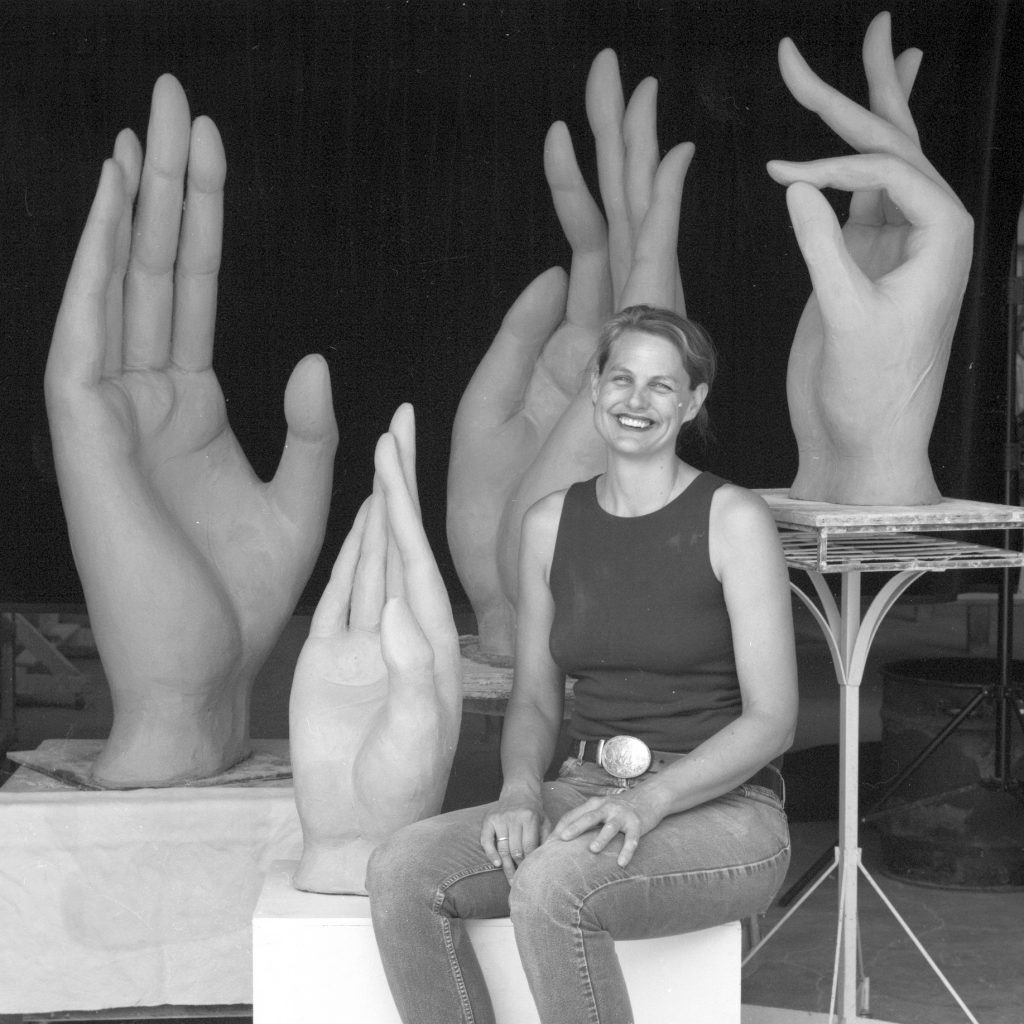 Are you ready to bring your figurative sculpture to the next level? Do you feel like you have hit a plateau with your current work? Do you strive to loosen up but find yourself repeating old habits? This workshop is a rare opportunity to work alongside Michelle Gregor, from the comfort of your own studio, and push your limits. All levels welcome.

In this workshop Michelle will walk you through the construction of two figures and two different poses. You will be able to ask her questions as you follow along via live webcast from her studio in Petaluma, California.

In the afternoon we will change gears to looking at surface development. Step by step instruction on the use of slips, stains, and glazes will describe how she creates her complex layered surfaces.

This intensive, fast paced three hour demonstration will focus on Notkin’s myriad of techniques used to create sculptural forms, narrative vessels and teapots, and large scale tile murals. Notkin is recognized as a master of sculpture, mold-making and casting techniques in clay. Various modeling, small-scale carving and surface texturing techniques will be demonstrated by Notkin.

Richard Notkin is a full-time studio artist who lives and works in Helena, Montana. He received a BFA from the Kansas City Art Institute in 1970, and an MFA from the University of California, Davis in 1973. Mr. Notkin has worked mainly in ceramics for more than thirty-nine years, averaging over one solo exhibition per year. His series of Yixing (China) inspired teapots and ceramic sculptures have been exhibited internationally and are in numerous public and private collections, including the Metropolitan Museum of Art in New York, the Smithsonian Institution in Washington, DC, the Los Angeles County Museum of Art, the Victoria and Albert Museum in London, and the Shigaraki Ceramic Cultural Park, Japan. He has held visiting artist positions and conducted over 250 workshops throughout the world. Among his awards, Richard has received three fellowships from the National Endowment for the Arts, as well as fellowships from the John Simon Guggenheim Memorial Foundation and the Louis Comfort Tiffany Foundation. 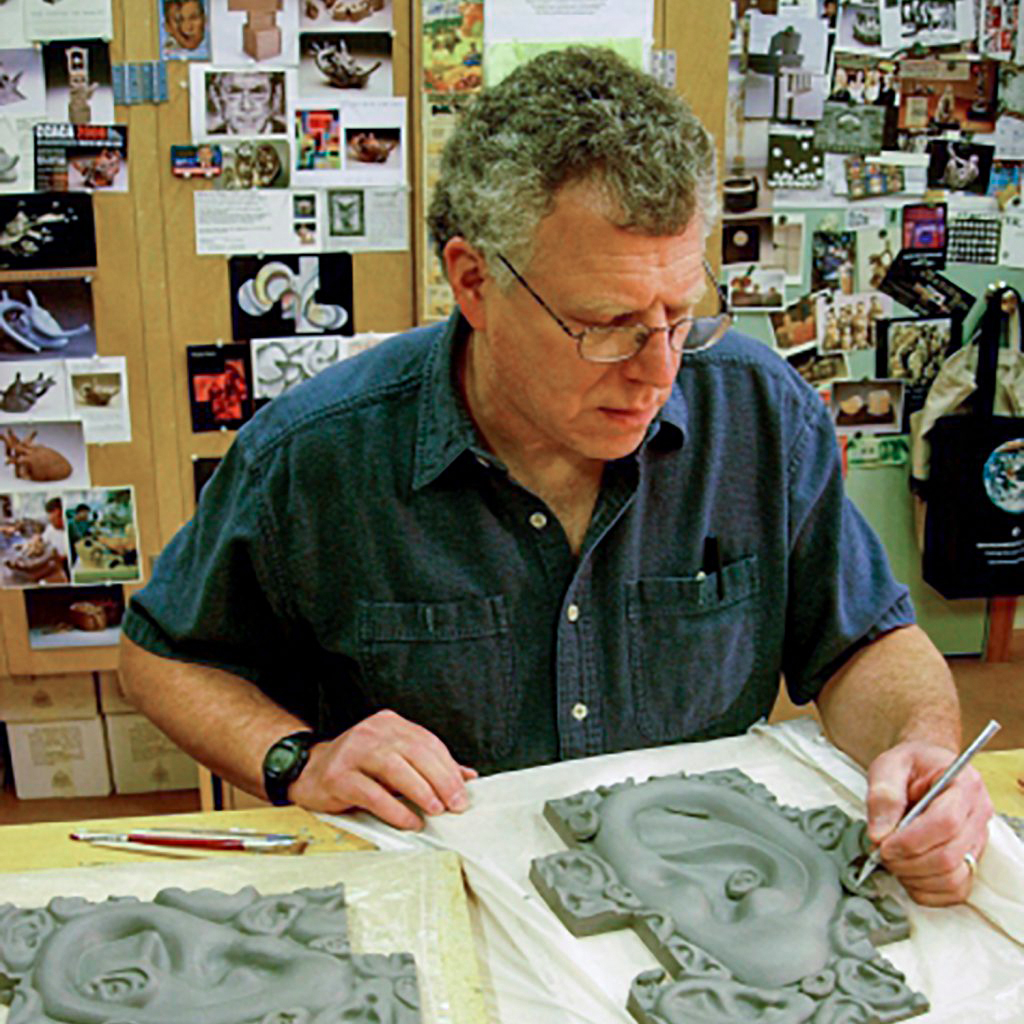 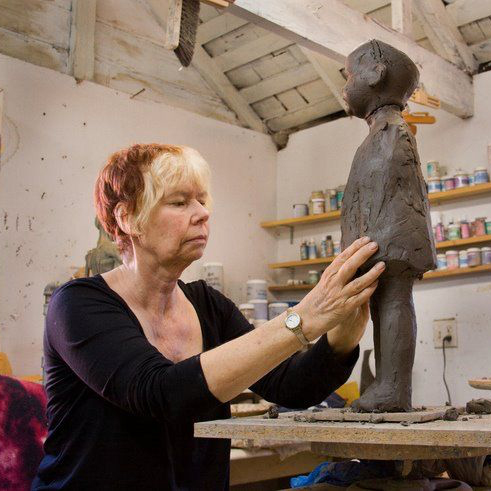 Description: Margaret Keelan will hand-build a sculpture from start to finish, demonstrating her unique process of repeatedly glazing, staining, and firing to give surfaces the appearance of disintegrating paint over weathered wood.

This softening and reduction of form so that its essential nature is revealed is a metaphor Keelan uses for life being lived, an exploration of the process of growing up and growing older. Her latest sculptures recall the Santos figures of Mexico and Central America that incorporate a reproduced 19th century doll head. Although her figures echo contemporary concerns, the borrowing of earlier styles gives them more of a timeless quality. Directly taught under Joe Fafard and Marilyn Levine, Keelan continues their legacy as the Associate Director of Sculpture at the Academy of Art University in San Francisco, CA.

Learn how to repair your ceramics!

Description: In this workshop, ceramic restoration extraordinaire and artist René Martucci will demonstrate the nitty-gritty process of repairing broken ceramics. If you’d like to work alongside Martucci in repairing your own ceramic art and ask questions, that is more than welcome. Some topics of discussion include: fixing ceramic imperfections, building and constructing missing parts, gluing, and the reassembly of ceramics. Preparation of tools is encouraged; a list of tools will be provided in advance. 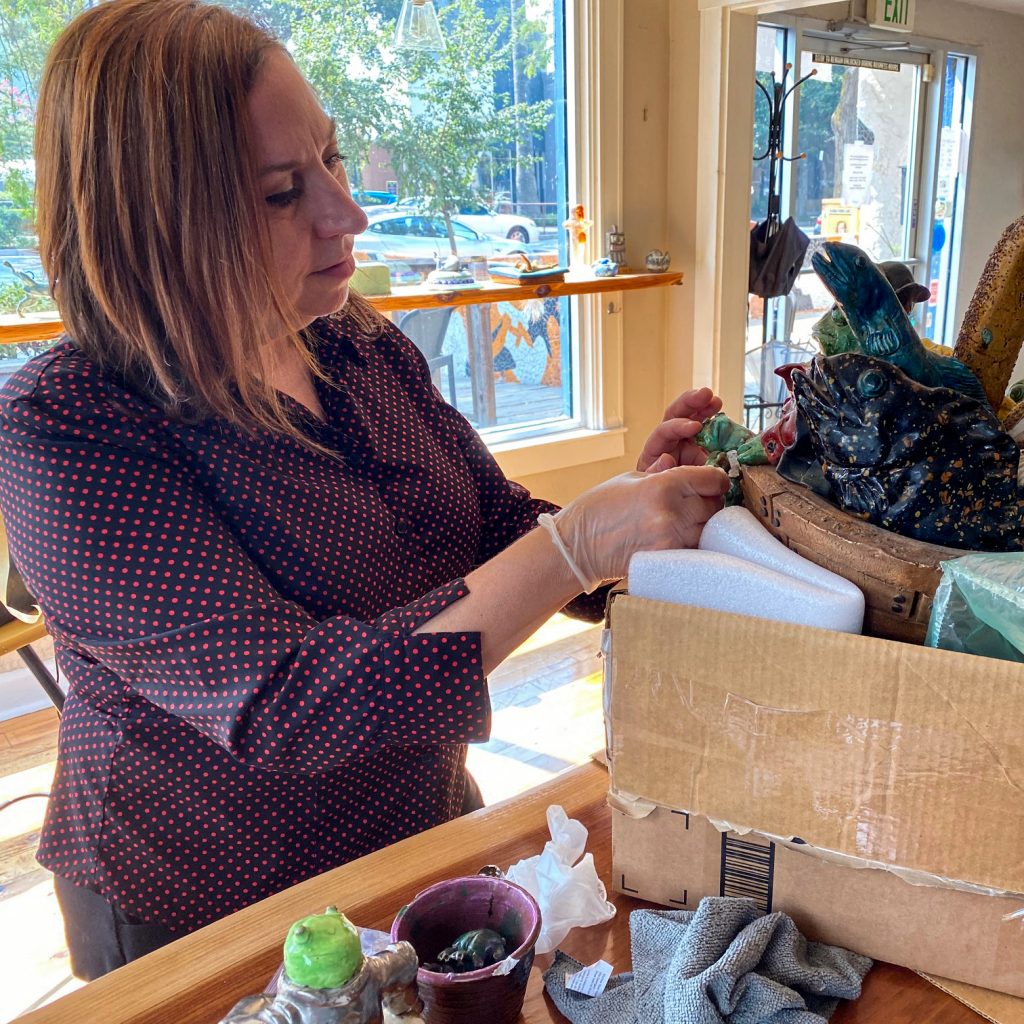 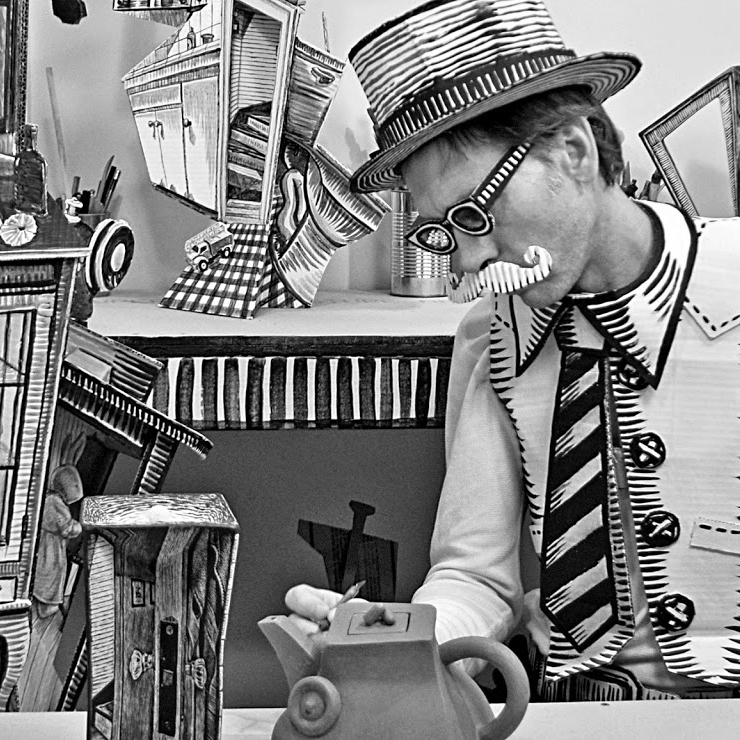 The focus of this 3 hour workshop will be Sgraffito, the ancient ceramic surface technique of scratching or carving through a layer of contrasting colored clay slip to expose the color of the clay body beneath. Chris began playing with this technique as a student at the Rhode Island School of Design, when trying to figure out how to incorporate his drawing skills with three-dimensional clay forms. His love for this technique and drawing on clay, has remained a part of his art process throughout his career as a ceramic sculptor.

The focus of this workshop will be drawing and mark making with sgraffito. From his studio in the Pacific Northwest, Chris will demonstrate how he utilizes his favorite technique to create magical two-dimensional illusions on the surfaces of hand-built narrative sculptures. Participants will learn in depth, about how Chris realizes an idea and why he attempts to have fun with form and illusion and storytelling.

Chester Arnold’s workshop will be a presentation on the evolution of ideas in painting, from sketchbook rough to finished painting – pulling together processes of thinking and technique. Chester will make a small painting within the 3 hour and will give insider info on preparation and technique. 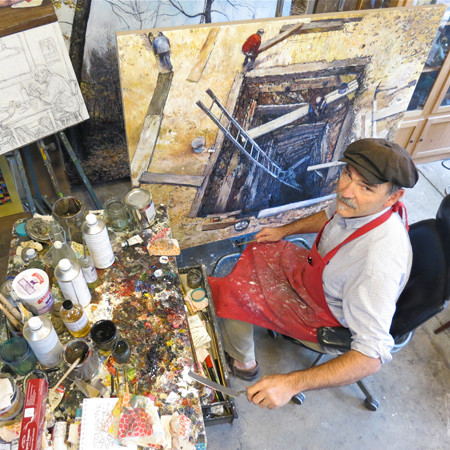 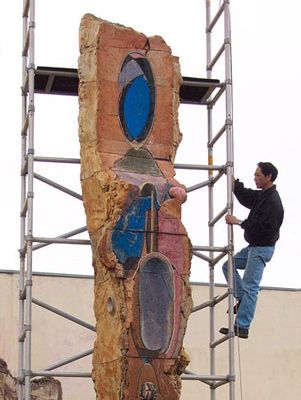 John Toki is considered a technical expert in ceramics. He has created over hundreds of glazes, built an entire line of kilns, and wrote an introductory ceramic text entitled ‘Hands in Clay’ that explains techniques of how to work in clay. His outdoor freestanding clay sculptures are seen across America, and his engineering skills to produce large format clay sculptures has been taught and passed onto over a hundred of artists.

In this workshop, Toki will create a small free-standing sculpture made of colored clay, stoneware, and porcelain from start to finish. Toki will teach how to plan and execute a 4’ x 3′ standing sculpture while focusing on techniques of structural design elements, steel armatures, connections, reinforcing with fiber glass, color tinting, and kiln firing methods.

Bill Abright will discuss the evolution of his 50 year career in ceramics, and share his methods of creating uniquely abstracted figurative sculptures using thin plaster molds of fish, birds, faces, and figures. By composing thrown and extruded wet clay shapes into molds, he maintains the familiar proportions of his subjects while inventing his own interior complexity. Bill will discuss and demonstrate all stages of the process, including making thin plaster or FGR molds, throwing odd shapes, extruding clay sticks, assembling into the mold, drying, and firing. Pre-fired examples will allow him to continue using underglazes and cold finishes to demonstrate a completed sculpture.

Abright was introduced to clay by Bruce Duke at San Joaquin Delta College in Stockton in the late 60’s. He completed his graduate degree at San Francisco State in 1974 working with Bud McKee, Stephen De Staebler, Joe Hawley and David Kuraoka. Abright has taught ceramics at the College of Marin in Kentfield, CA since 1975 and has been influential in the lives of many artists. He has exhibited throughout the U.S. and his work is in many private and museum collections. 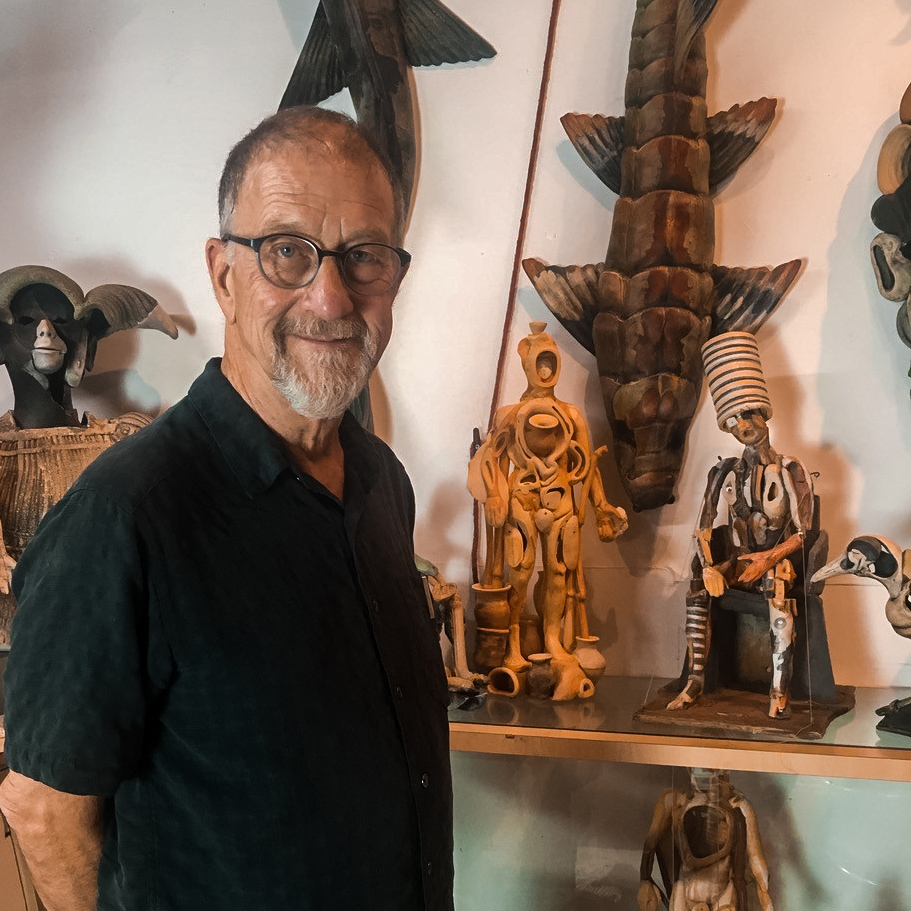 “This is the kind educational, intellectual event one expects from museums or universities, but which public institutions seem less and less able to provide.”