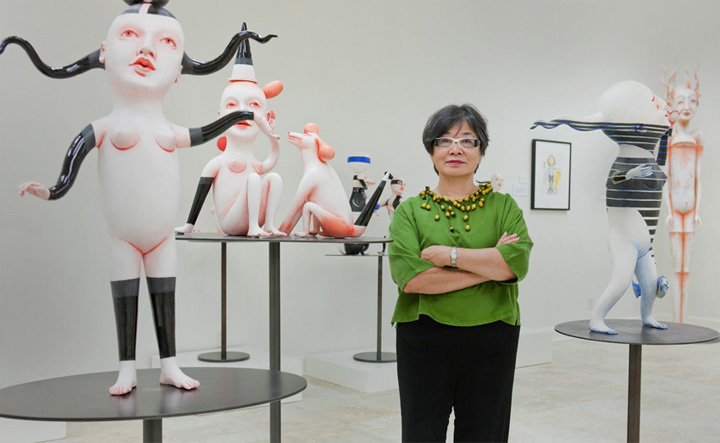 Patti Warashina is a key West Coast figure in the transformation of ceramics from mere pottery to extravagantly imagined sculpture over the past 50 years. Her work has been collected by the Museum of Arts and Design (New York), National Museum of Modern Art (Kyoto) and Smithsonian American Art Museum (Washington, D.C.), along with every major museum in our region. The youngest of three children, Warashina was born and raised in Spokane, Washington. She received her bachelors degree and M.F.A from the University of Washington, Seattle, where she studied with sculptors Robert Sperry, Harold Myers, Rudy Autio, Shoji Hamada, Shinsaku Hamada, and Ruth Penington.  Warashina’s work is often humorous, and includes “clay figures placed in imagined environments that show her subversive thinking.” She uses sculpture to explore such themes as the human condition, feminism, car-culture, and political and social topics. 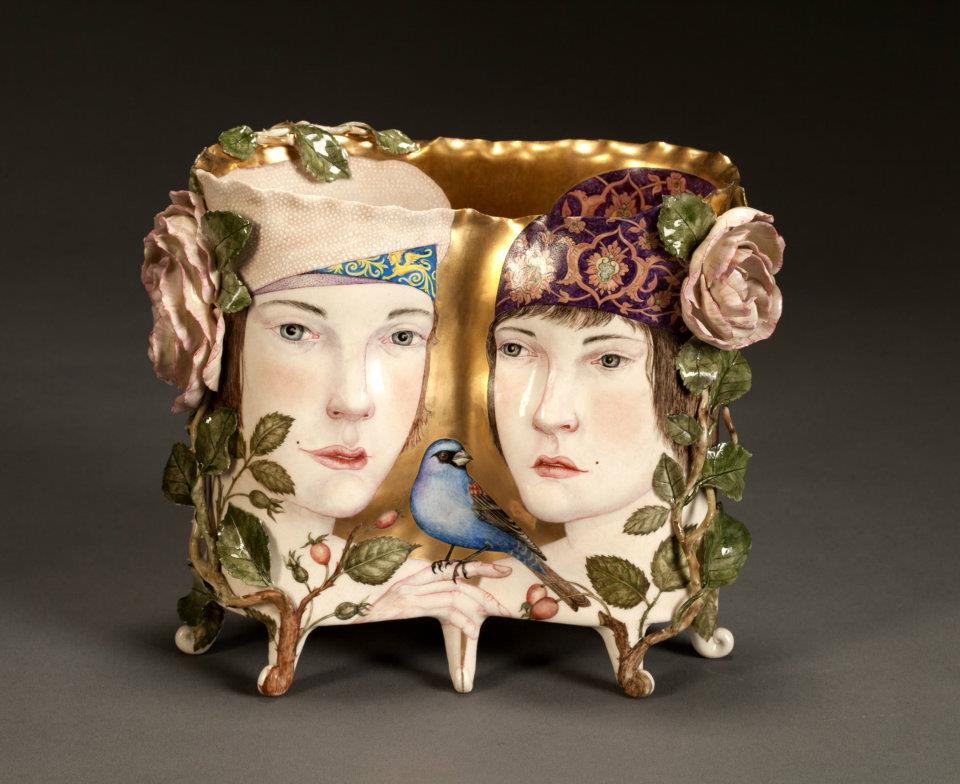 Irina was born in Moscow, Russia in 1957. She has advanced degrees in book illustration from the prestigious Moscow Art Institute. Having illustrated a number of children’s books, Irina found that her love for sculpting offered a wider range of expressing her artistic views. Porcelain had a particular attraction because of its historical importance, as well as for the finer grain this material offered as opposed to other ceramics. She developed several unique techniques that had never been used before, resulting in few limitations to her creativity. All of her works are created using high-fire porcelain, over-glaze as well as under-glaze colors, and 18K or 24K gold luster.

Irina begins creating a sculpture without knowing how the story ends. She rarely does a sketch for a piece beforehand. Her initial goal is to create an intriguing shape. When the object is completed, Irina determines what the shape suggests in terms of colors, spaces, painting, and gold luster. Her creative process is always an improvisation. 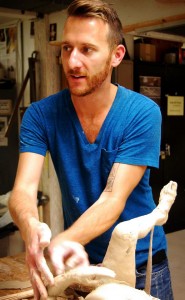 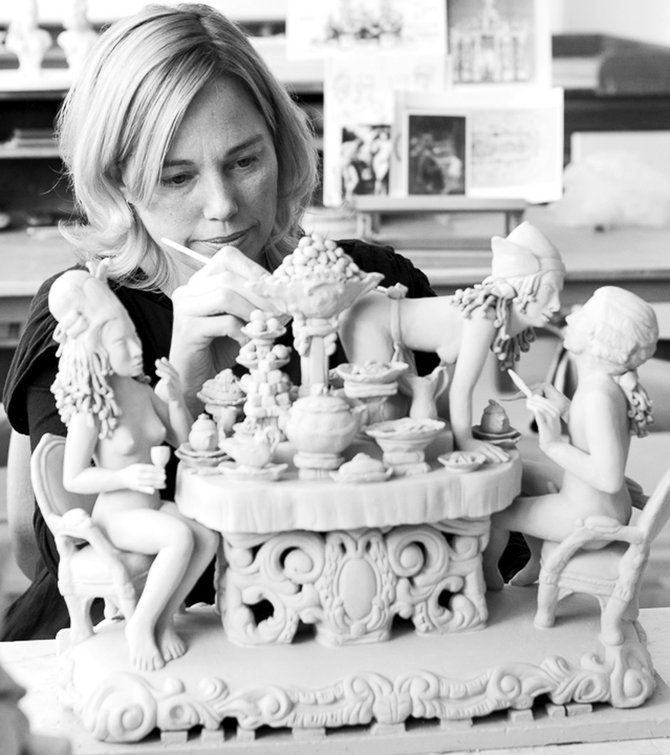 Chris Antemann . Chris earned her M.F.A. in ceramics from the University of Minnesota and her B.F.A. in ceramics & painting from Indiana University of Pennsylvania. She has exhibited extensively in the United States and China. Her work can be found in many private and public collections, including the Museum of Arts and Design, The 21 C. Hotel Museum, The KAMM Teapot Foundation, The Archie Bray Foundation, and the Foshan Ceramic Museum in China. Her artist residencies include The Archie Bray Foundation and The John Michael Kohler Arts Center, where she was the NEA funded resident. IN 2010 she was the First Place Winner of the Virginia A. Groot Grant, a prestigious grant awarded to artists working in 3D to allow them time to further their work. Chris is currently working on a full room installation titled, Forbidden Fruit: A Porcelain Paradise in collaboration with the Meissen Porcelain Manufactory in Germany. Spanning the better parts of two years, the installation is set to debut at the Museum of Art Meissen in the fall of 2013. 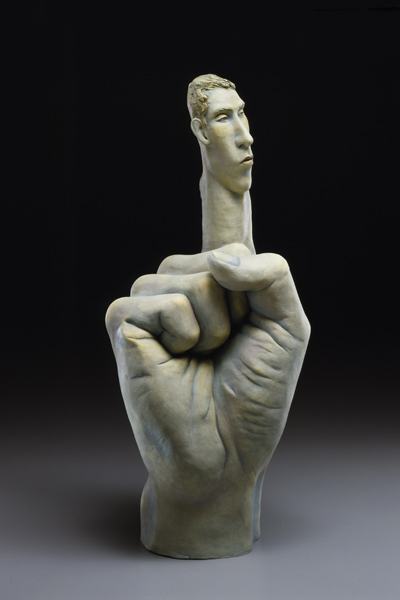 Beverly Mayeri’s figures “evoke a richly complicated human presence.” Her sculptures often “bridge the psychological, the political and the sensuous within one hybrid form.” Beverly Mayeri is a studio artist living in the Bay Area. She earned a BA from the University of California, Berkeley, and an MA in sculpture at San Francisco State University. Her work has been shown extensively in numerous museums and galleries, and is included in many public and private collections. She has received 2 NEA grants, and a Virginia Groot grant, and has lectured and taught many workshops throughout the United States. 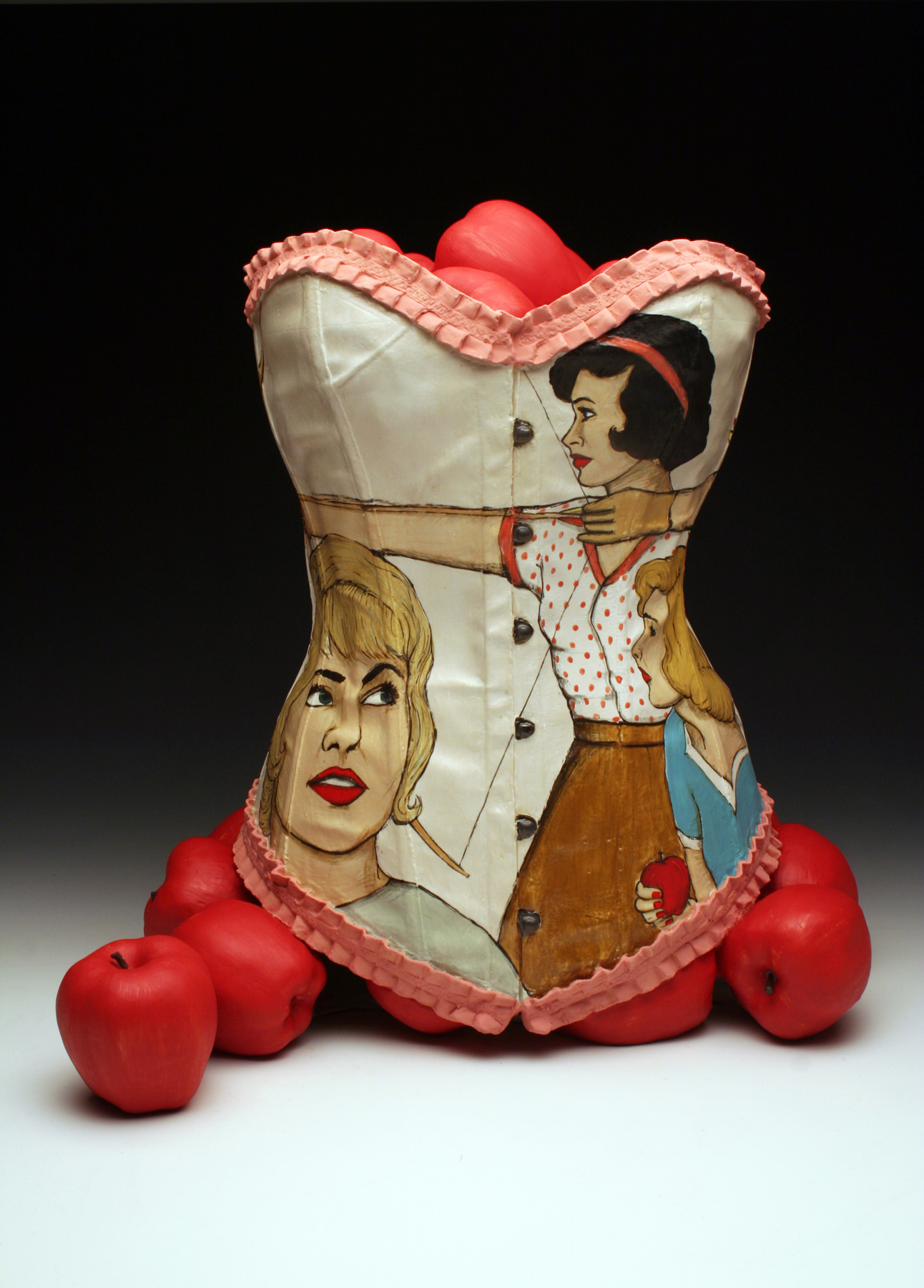 Shalene Valenzuela was born in Santa Barbara, California. She received a BA in Art Practice at the University of California at Berkeley and an MFA in Ceramics from California College of Arts and Crafts. In 2007, she moved from her longtime home of Oakland, CA to participate in a long-term residency at The Clay Studio of Missoula. She currently maintains a studio in the historic Brunswick Building in downtown Missoula and is the executive director at the Clay Studio of Missoula.

Additionally,  has participated in summer artist residencies at the Archie Bray Foundation (2006) and Watershed Center for the Ceramic Arts (2004, 2011). She has taught at Flathead Valley Community College, University of Montana, Oregon College of Art and Craft, The Clay Studio of Missoula, Missoula Art Museum, Richmond Art Center, ASUC Studios at UC Berkeley, and CCA Extended Education. Shalene has been a guest artist and speaker at a number of art centers, colleges, and universities. Her work has been featured in several group and solo exhibitions nationally and is included in numerous private collections. She recently received an Artist’s Innovation Award from the Montana Arts Council, and was featured in the Ferrin Contemporary Top 40 Exhibition. 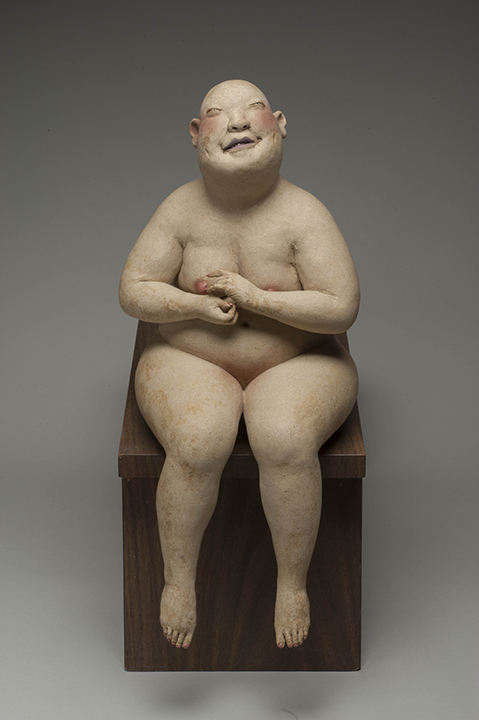 Esther Shimazu is the granddaughter of Japanese immigrant laborers and was born and raised in suburban Honolulu, Hawaii in a large, close-knit family. She attended public schools and the University of Hawaii/Manoa near her home before transferring to the University of Massachusetts/Amherst to obtain her Bachelor of Fine Art in 1980 and a Master of Fine Art in 1982. Over the years, she has established herself as one of Hawaii’s best-known artists. Clay and a figurative approach have been present in her life from very early on into college, where her current style first came together. In her work, she strives to bring together her lifelong love of clay and the figure, using traditional vessel-making techniques to make what amount to animated pots. Each stoneware sculpture is constructed body part by body part and assembled from individual toenails and teeth on to form a continuously hollow, lightweight but sturdy one-of-a-kind piece. Each is obsessively worked over, smoothed, accented with slips and oxides, bisque-fired, hand-sanded, colored further with rubbed-in oxides and more touches of color and a final airbrushing of oxides. Firing is to cone 5-6 oxidation and there is one last sanding, the better to touch. Most of the imagery is of bald, nude chunky Asian women, unconcerned about clothing and hairdo, comfortable in their own skins. There is the occasional male figure or companion animal. All invite the viewer to play, but underneath, there’s a hint that they might bite.

John Toki has maintained a sculpture studio in Richmond, California, since 1974. He has completed public commissions in Berkeley, Oakland, and Sacramento, and has exhibited his work at the Contemporary Art Center, Cincinnati, Ohio, Carnegie Museum, Oxnard, and the Oakland Museum. His work is represented by the Udinotti Gallery, Scottsdale, Arizona, and Sculpturesite Gallery, San Francisco.

A former faculty member at the California College of the Arts, Toki has lectured in Taiwan, Turkey, and Holland, where he was a member of the staff at the European Ceramic Works Center. He has co-authored three books on ceramics: Fired by Ideals: Arequipa Pottery and the Arts and Crafts Movement; Hands In Clay, 5th edition; and Make It In Clay, 2nd edition.

In addition to his art practice, Toki is the owner of Leslie Ceramic Supply Company. He contributes to the community arts as a trustee for the Richmond Art Center, Richmond, California, and is the Associate Director, to Bryan Vansell at the Mission Clay Products Industry and Arts Program, Corona, California.

Eusebio Lozano earned his BFA from San Jose State University with a primary emphasis in painting. Lozano currently works out of his home studio in Hayward, California in ceramics and painting.

“My current ceramics work is wheel thrown and hand built. In ceramics, I strive for a refined form and the rich surface obtained with the right combination of kiln atmosphere and introduced elements. I enjoy the exploration and experimentation that the pottery wheel provides. When creating on the wheel my focus is on the detail required to achieve what I regard as a beautiful object, an object with an integral balance of natural forms.”

George Grant began his study of art at Milikin University in Decatur, Illinois in the mid-70s. Upon graduation in 1978, his mentor, Rimas Visgirda, a visiting Californian, encouraged him to head out west to make a connection with Robert Arneson at UC Davis. George volunteered to support the classes at TB-9 and eventually became Arneson’s studio assistant for 12 years until Bob’s death.  It was during his first year in Davis that he also met his wife, artist Heidi Bekebrede, with whom he has collaborated for more than 30 years.  Together they raised their daughter, another artist, Lillian Grant.

During his tenure at Studio AS in Benicia, from 1980 to 1992, George Grant and Robert Arneson worked side by side to create Bob’s mature work while George was also continuing his own explorations of sculpture, drawing, painting and performance art.

In 1984, he and Bekebrede moved back to Davis and George began to work for the UC Davis Art Department where he took on the responsibilities of maintaining the Ceramics Lab.  While there he met and interacted with hundreds of students.  After Bob’s death, George returned to school and studied the formal aspects of visual art at California State University at Sacramento under the direction of professors Roger Vail and Oliver Jackson.  During this same time he oversaw the complete overhaul of TB-9, enabled and assisted a slew of visiting professors and welcomed a new permanent professor, Annabeth Rosen. He continued to work at TB-9 until 2006.