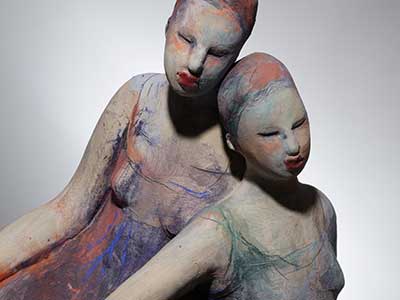 Michelle Gregor received her BA in Studio Art from the University of California, Santa Cruz (Chancellor’s Grant) in 1983 and her MFA from San Francisco State University in 1994 (Outstanding M.F.A. Candidate, Art Department).

Considered a leading figure in the second generation of Bay Area Figuration, Gregor is a multifaceted artist who works in clay, bronze, paint and drawing media, handling each medium with a process-oriented and intuitive approach that results in painterly forms and images. She has a masterful, intuitive sense of color that unifies her productions in various media and endows all of her work with a painterly vigor that reflects her Bay Area roots and also her deep understanding of Abstract Expressionism.

Over time, the human figure has become one of Gregor’s most important vehicles.  “The figure has served as the best method of transport throughout my many years of practice,” Gregor notes. “As a source, it seems infinite.” The development of each figure is motivated by a search for freshness and also a hint of artistic insecurity. Gregor acknowledges that between projects she often wonders, “Will I ever do anything good again?” When she begins a new work she is guided entirely be her intuition and her excitement about creating something new.

Gregor’s sculptures have remarkably nuanced surfaces that are the end product of a great deal of improvisation and hard work. Each piece goes through as many as seven or eight firings at a high temperature (low stoneware) setting that gives them their characteristic hard surfaces. Using water as a medium, Gregor applies color in pools, patches and slashes, letting gravity have its way with the wet pigments. “I like working with water as a medium for color both in fired clay work and on canvas and paper,” Gregor explains. “It pools, drips, follows contour, dries slowly and has a beautiful life of its own.”

The finishes of Gregor’s ceramics have a patina-like richness that testifies to the hands-on painterly approach that is a unique feature of her work. “When I was a painting student I was accused of being a scrubber,” Gregor explains self-deprecatingly. In fact, the artist’s additive/subtractive approach to coloration is one of the signature elements of her style, endowing her works with a suggestion of age while also giving evidence of how many stages each figure has evolved through. “I want to develop a patina on the surface that shows the depth and the passage of time.” – John Seed, 2014

Her architectural work may be seen in such locations as the Spa at Pebble Beach and The Olympic Club on Sutter Street in San Francisco. Michelle’s sculpture has been described as lyrical, graceful and spiritual. 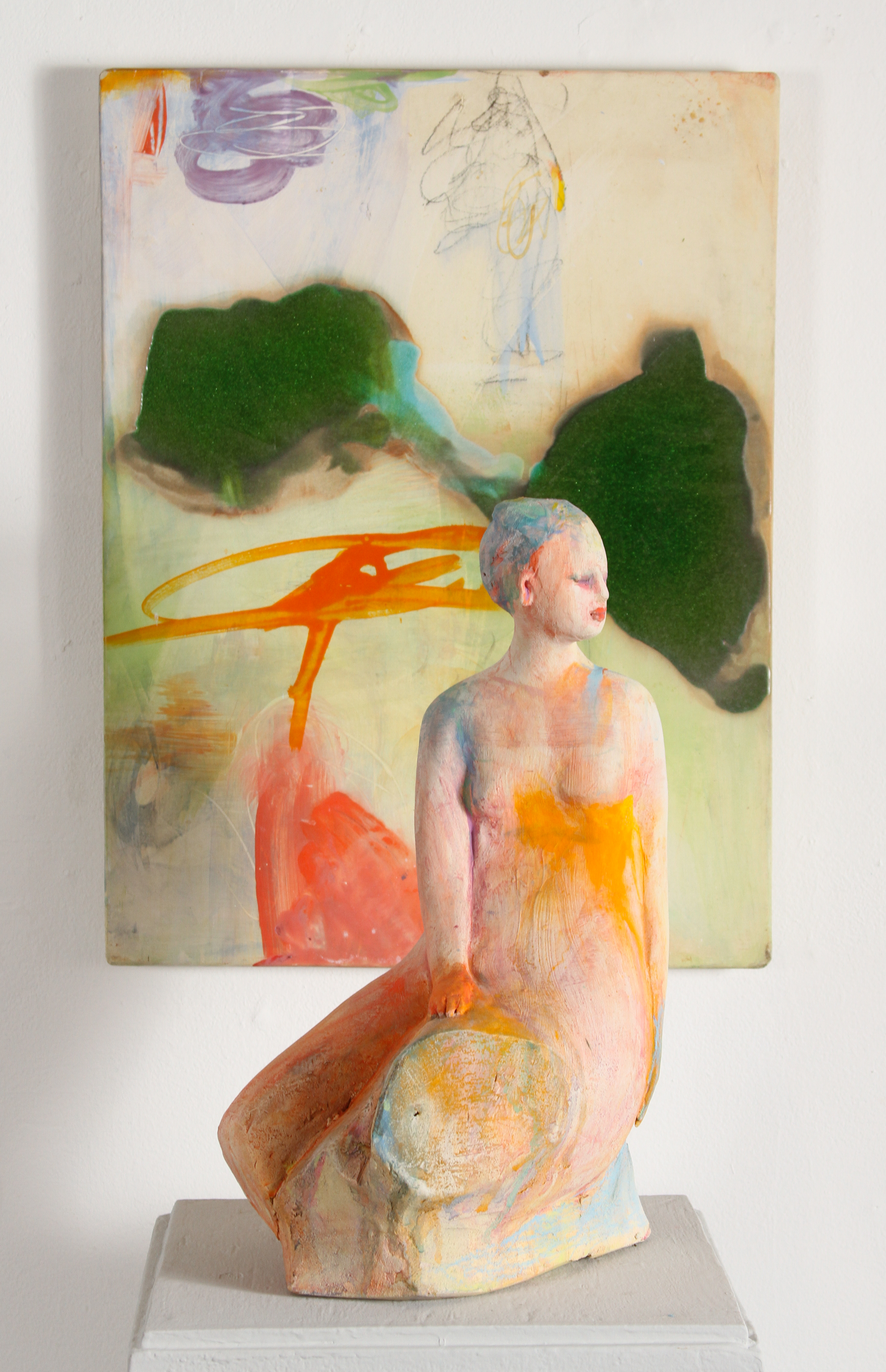 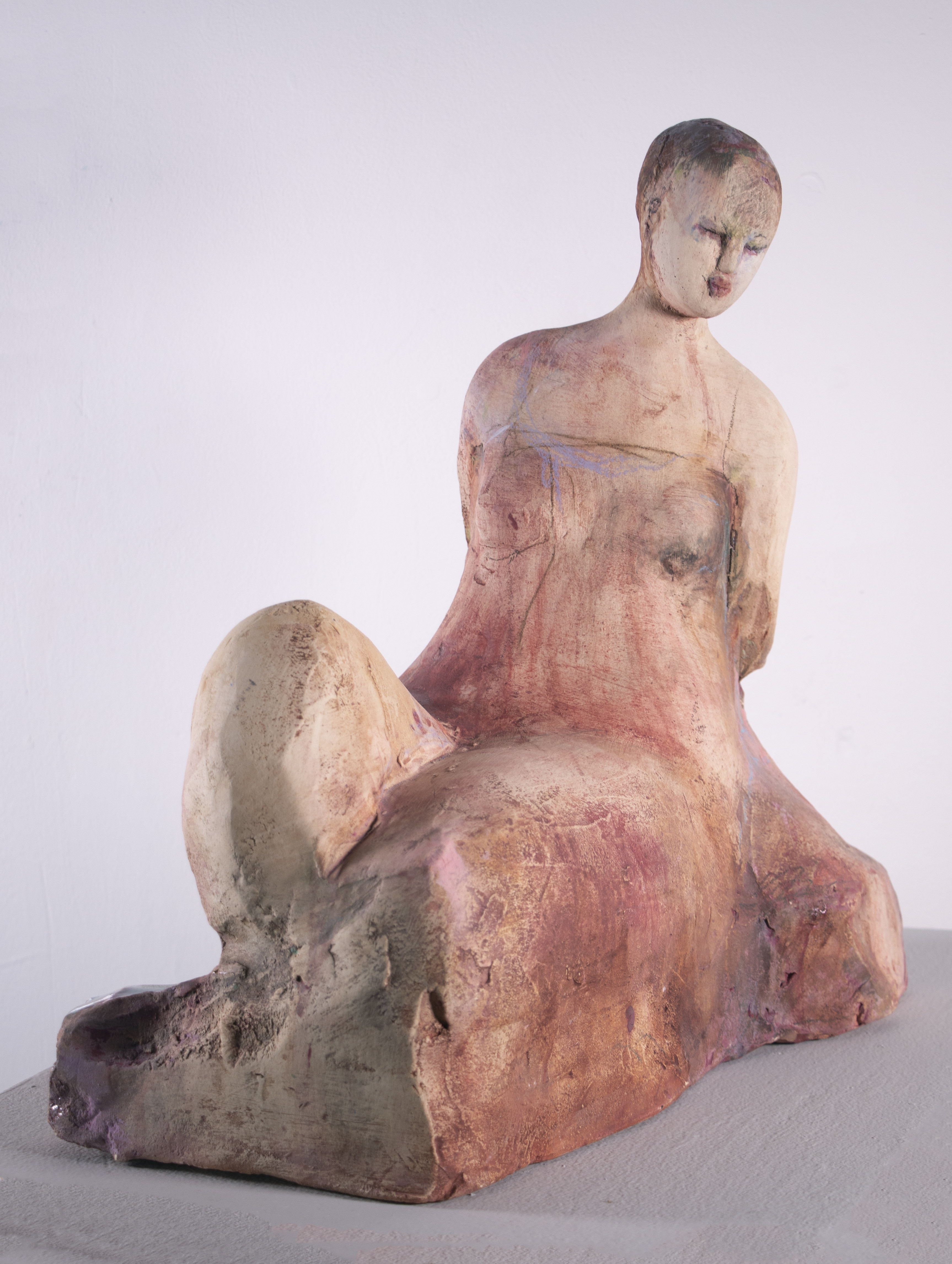 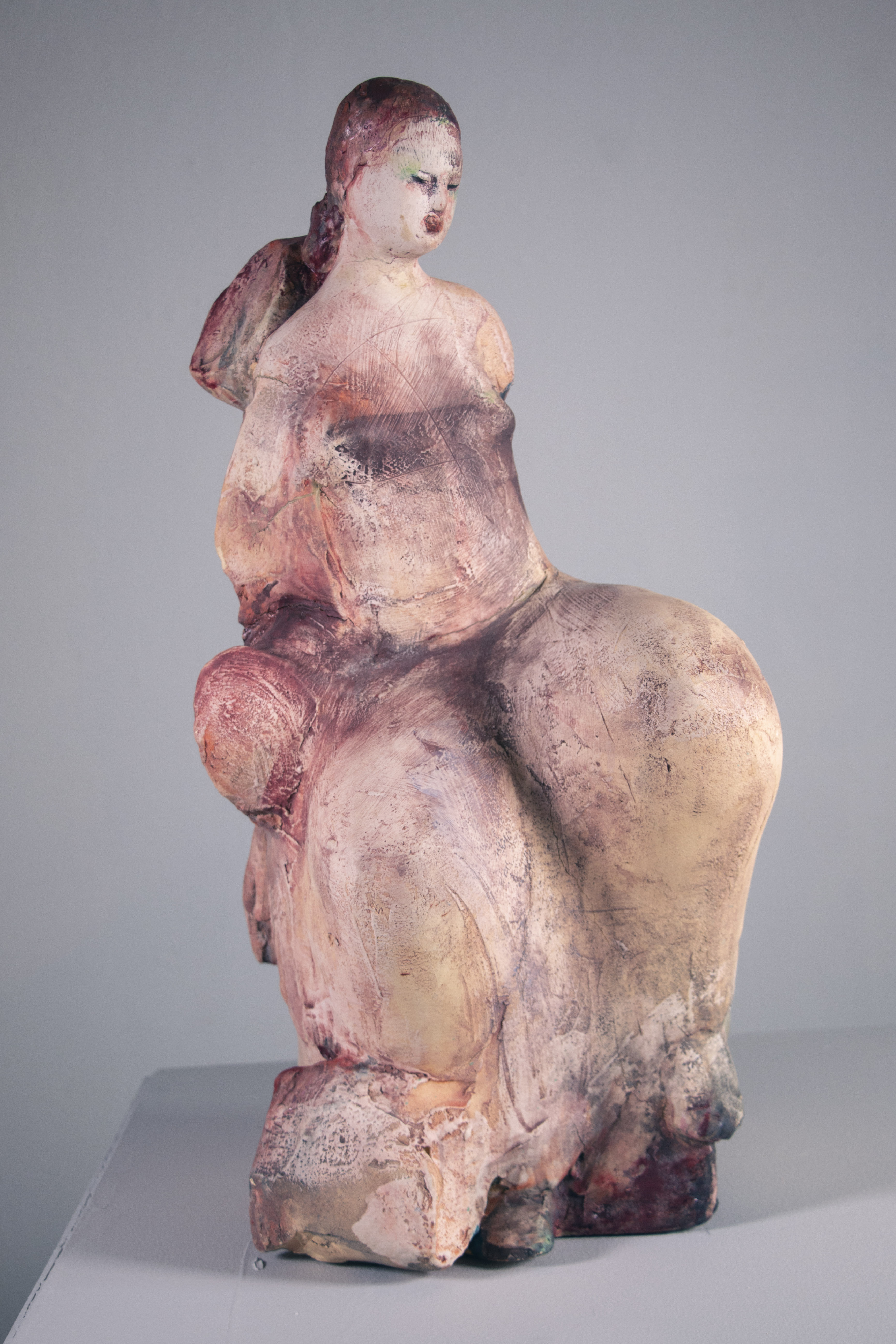 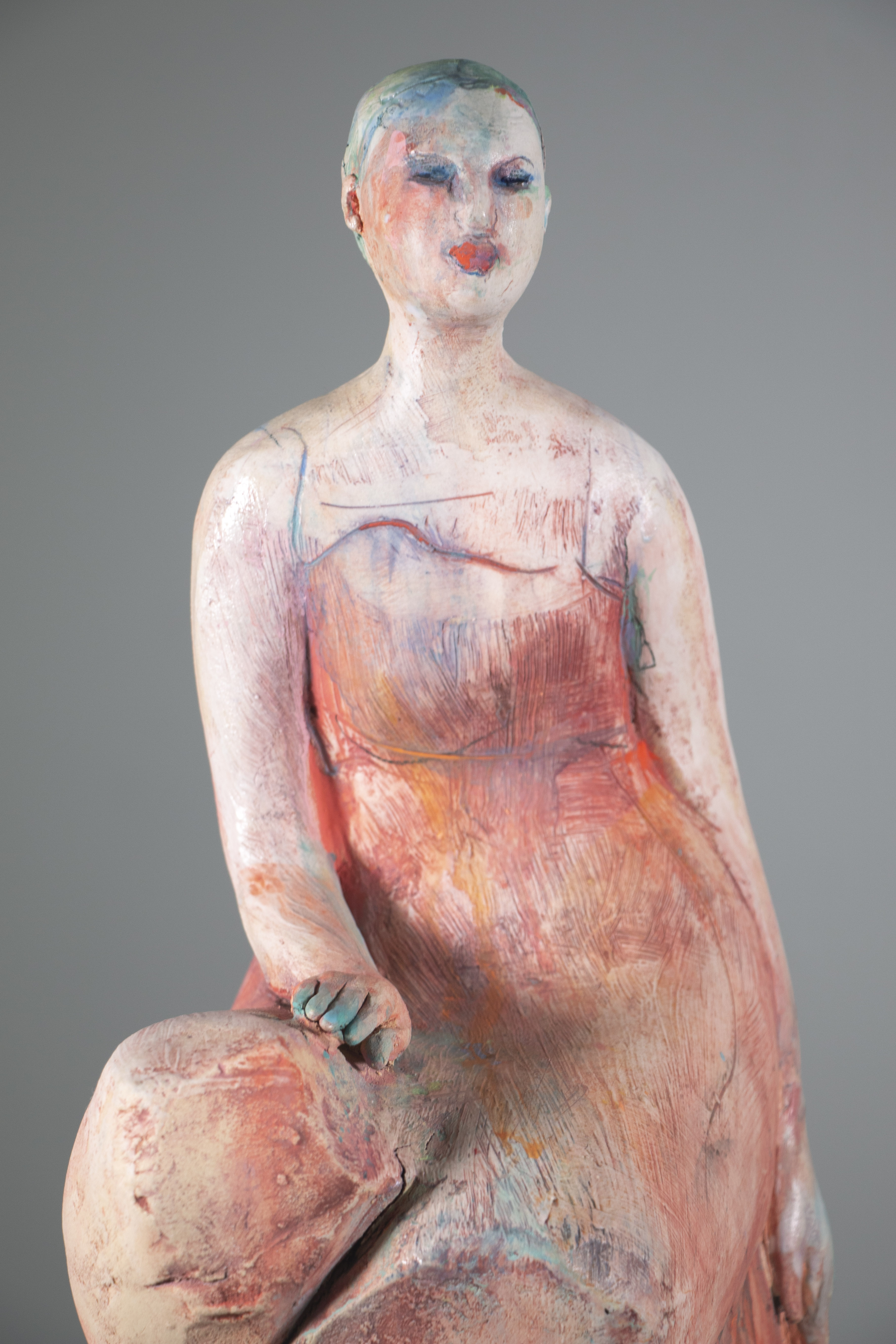 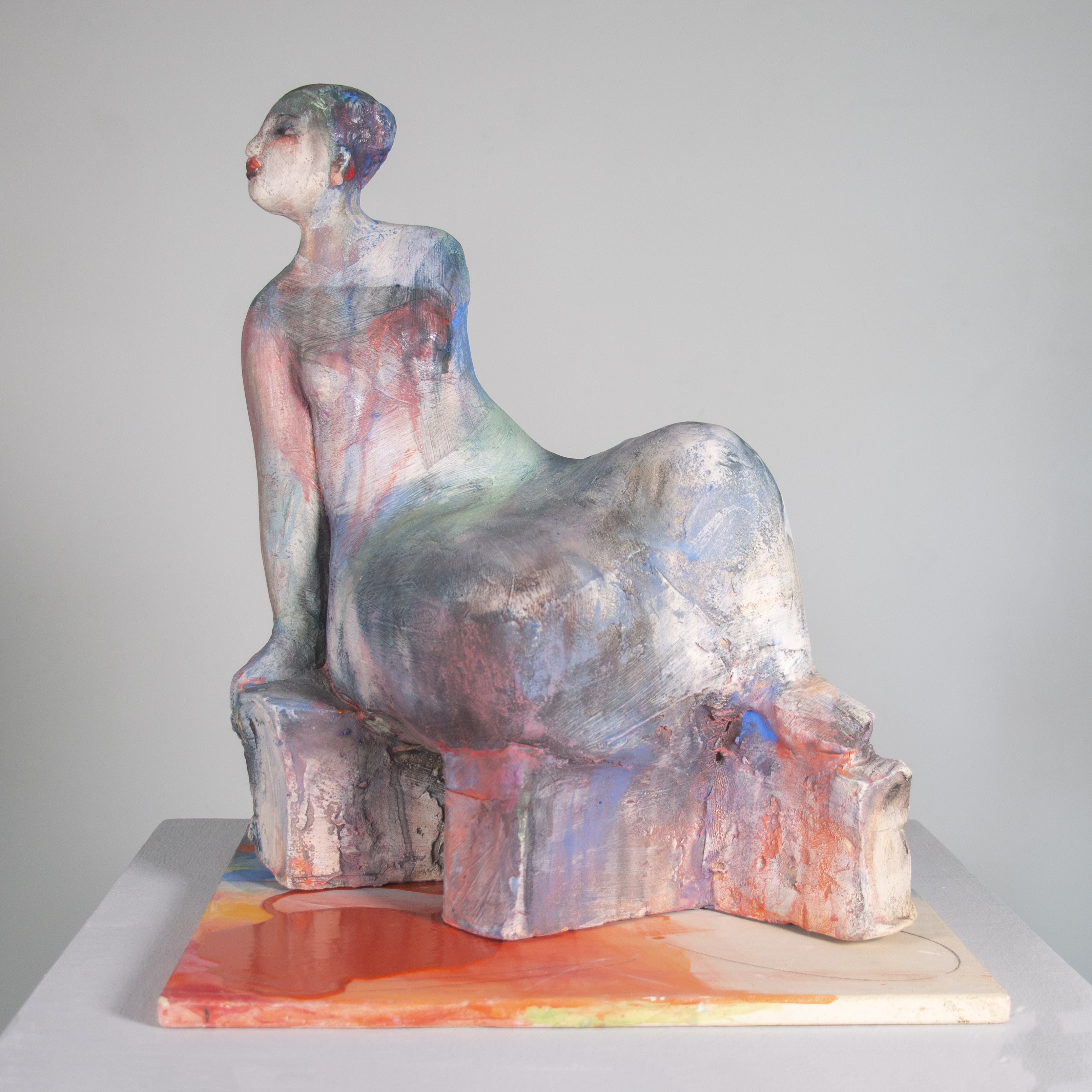 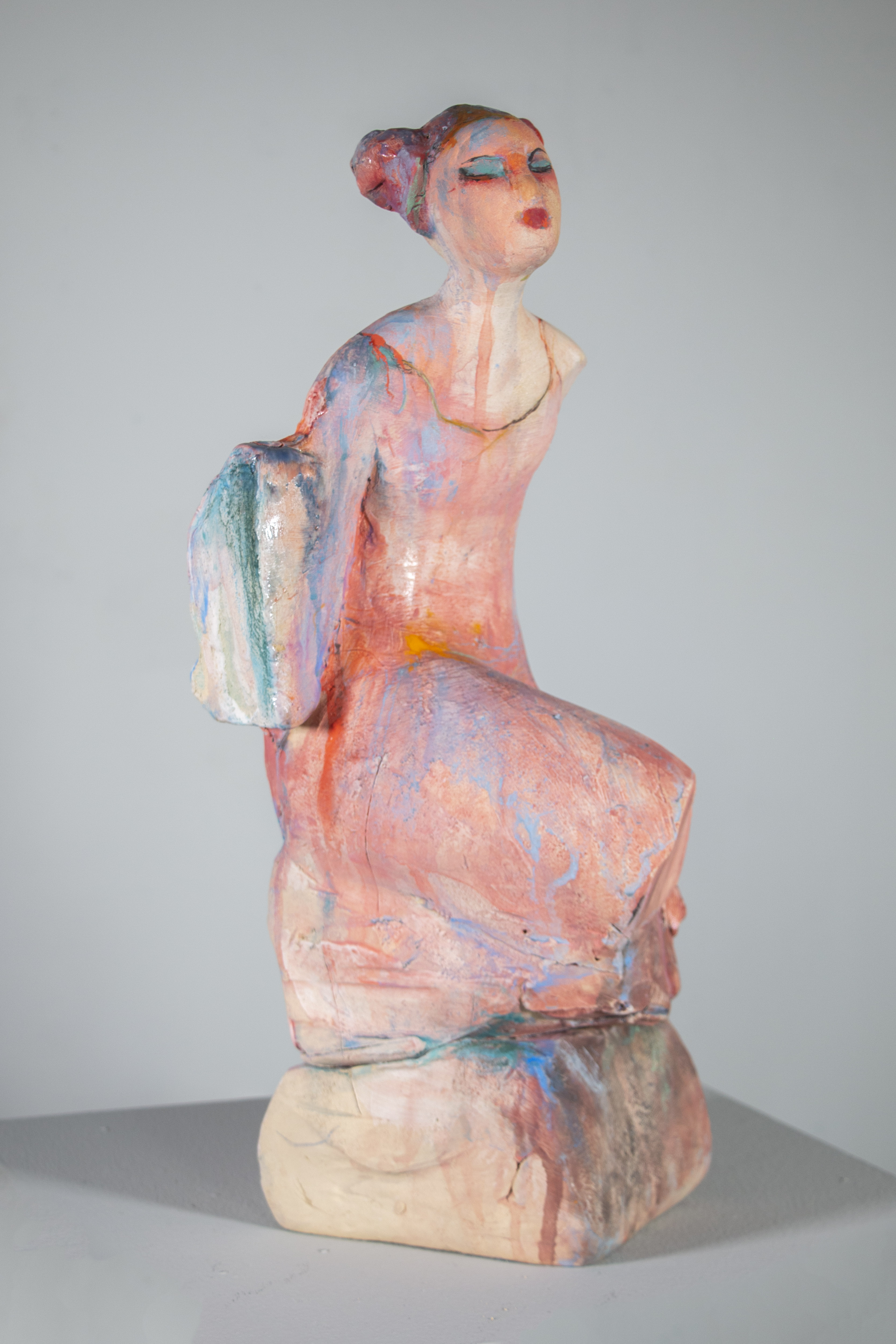 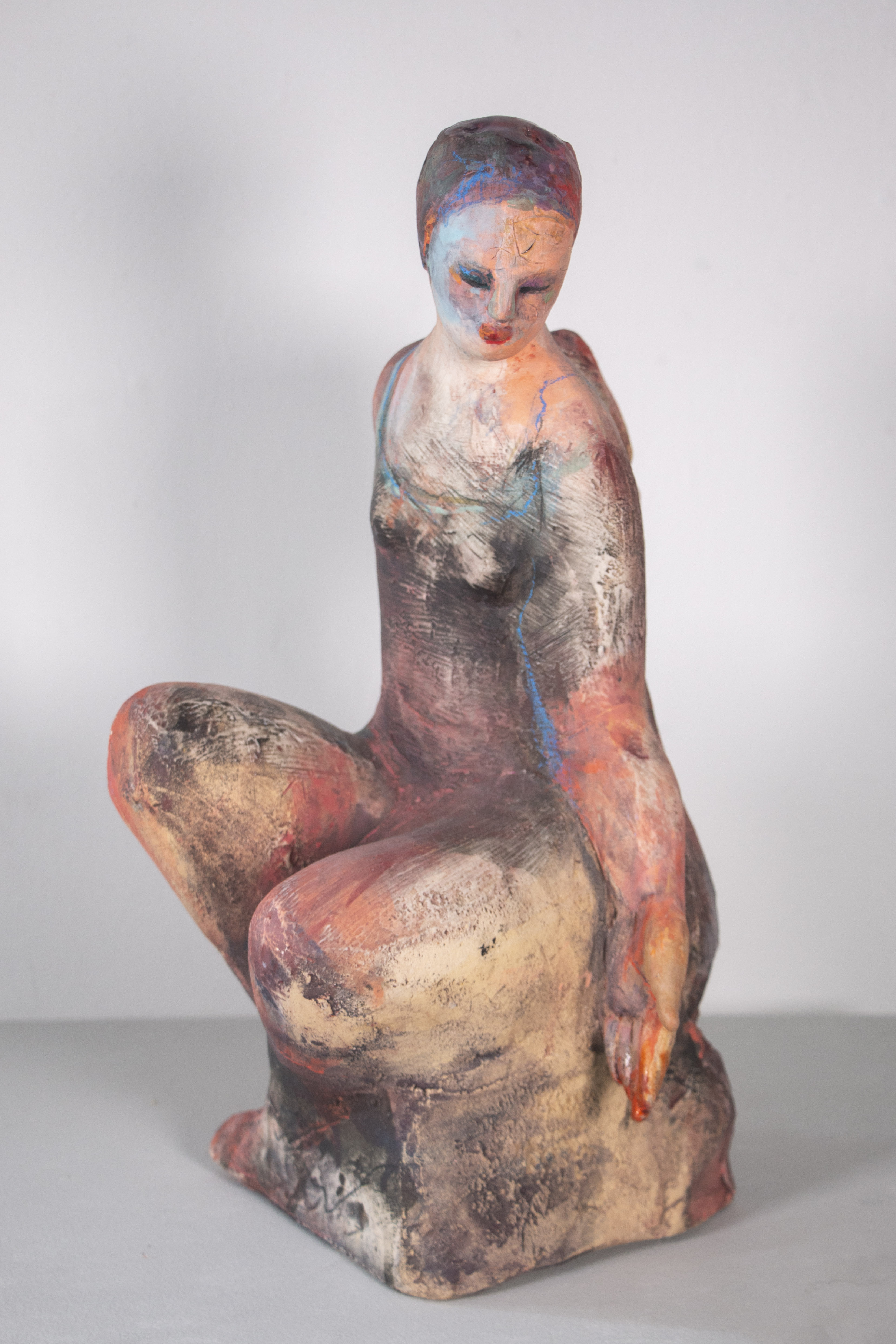 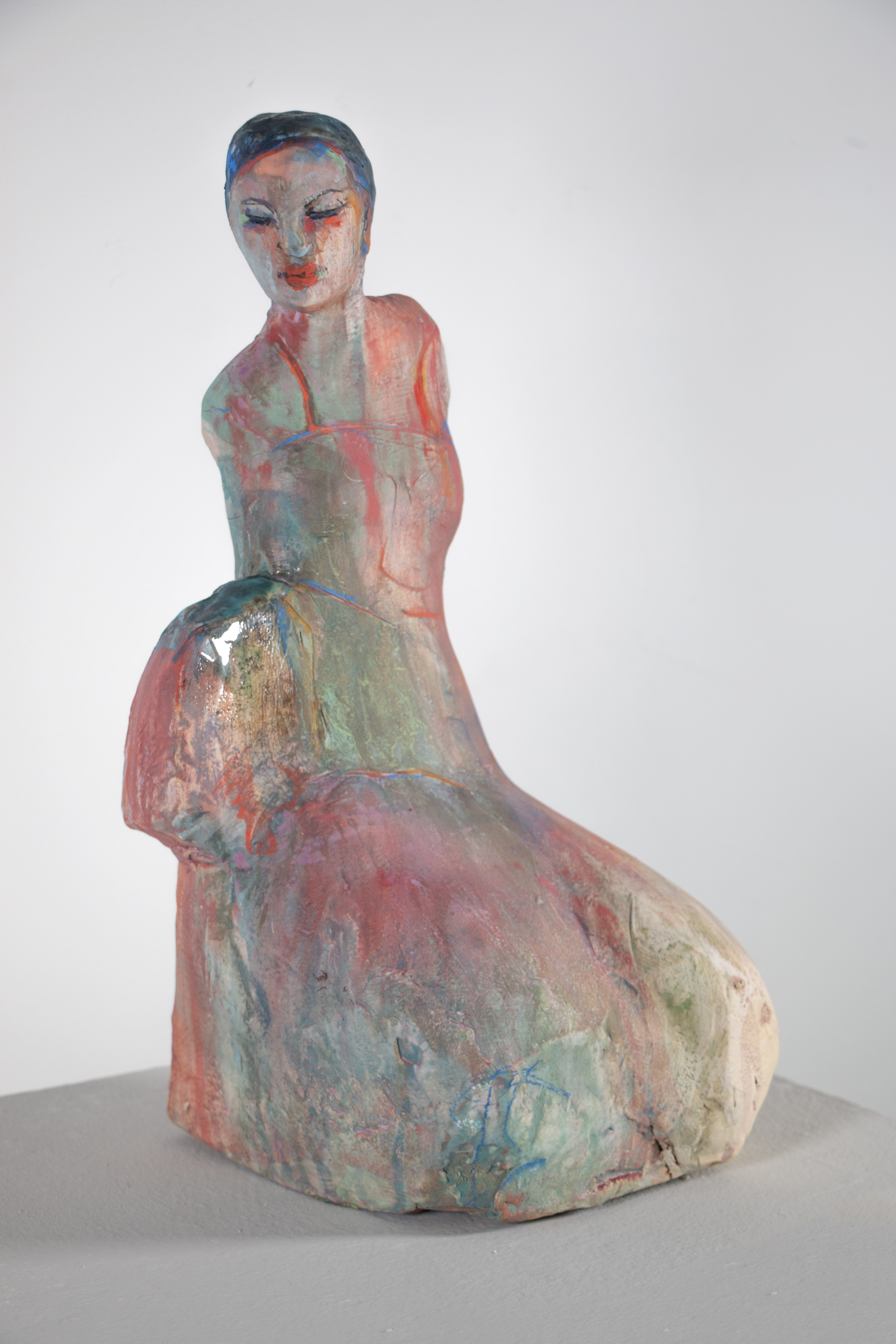 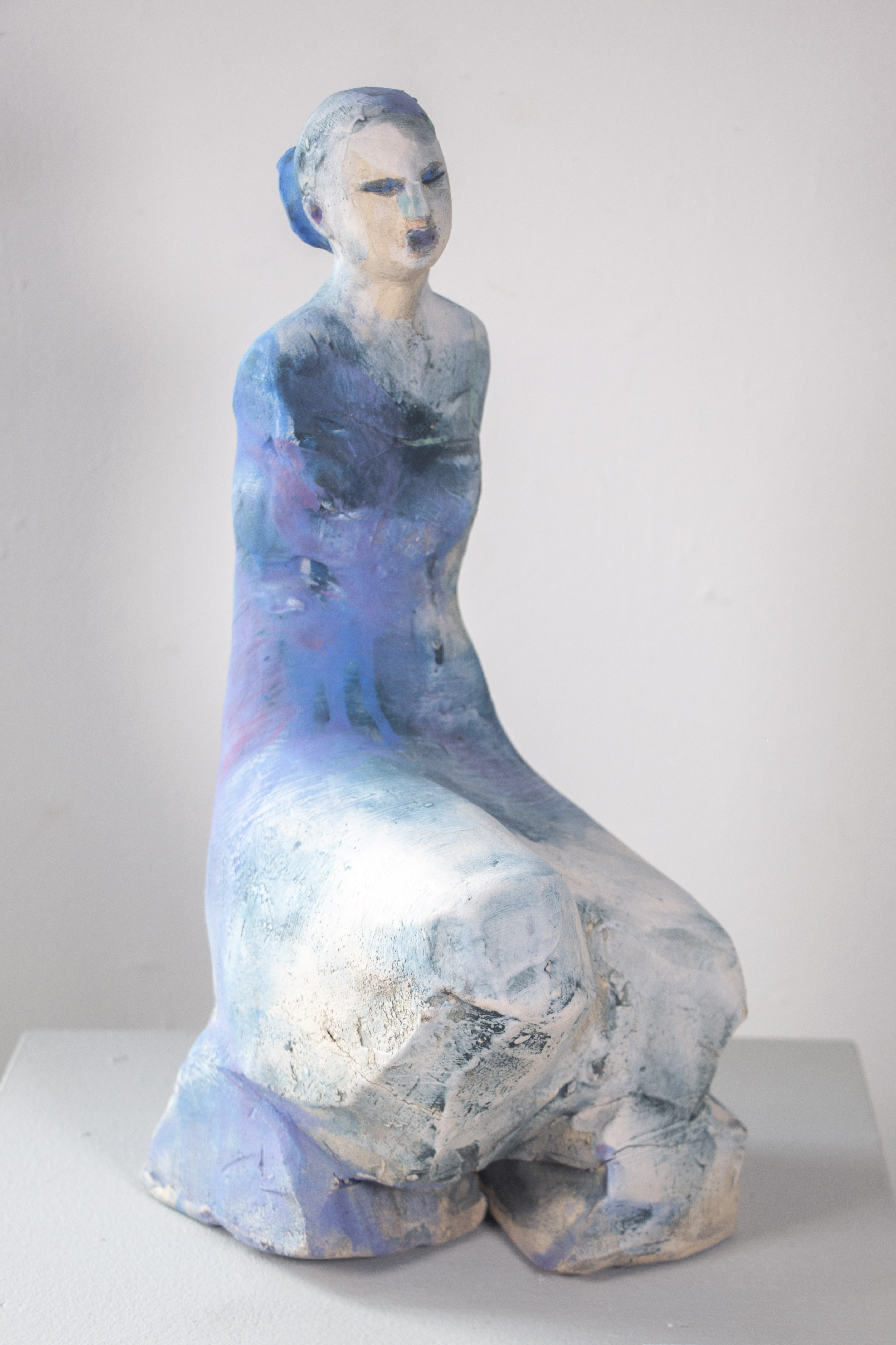 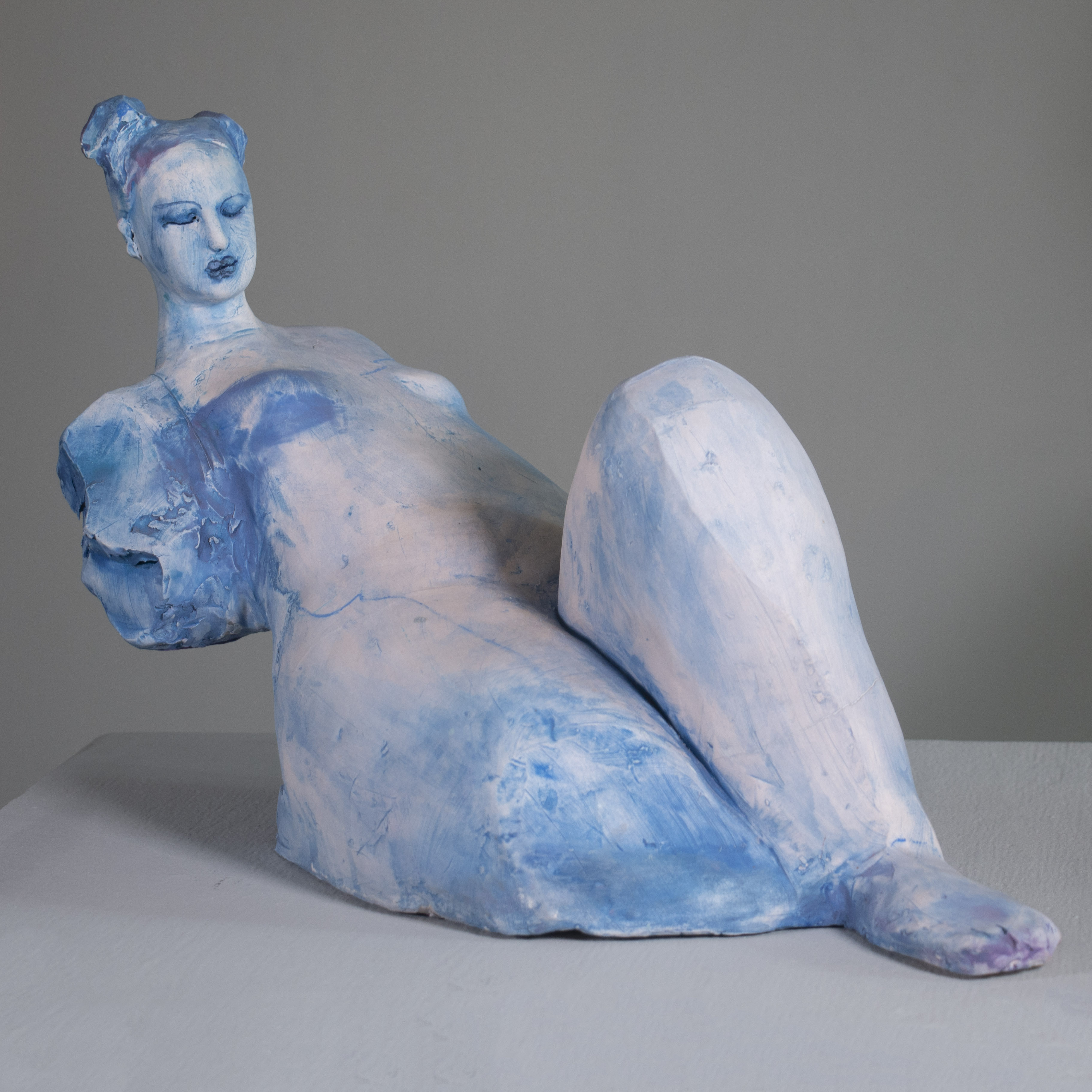 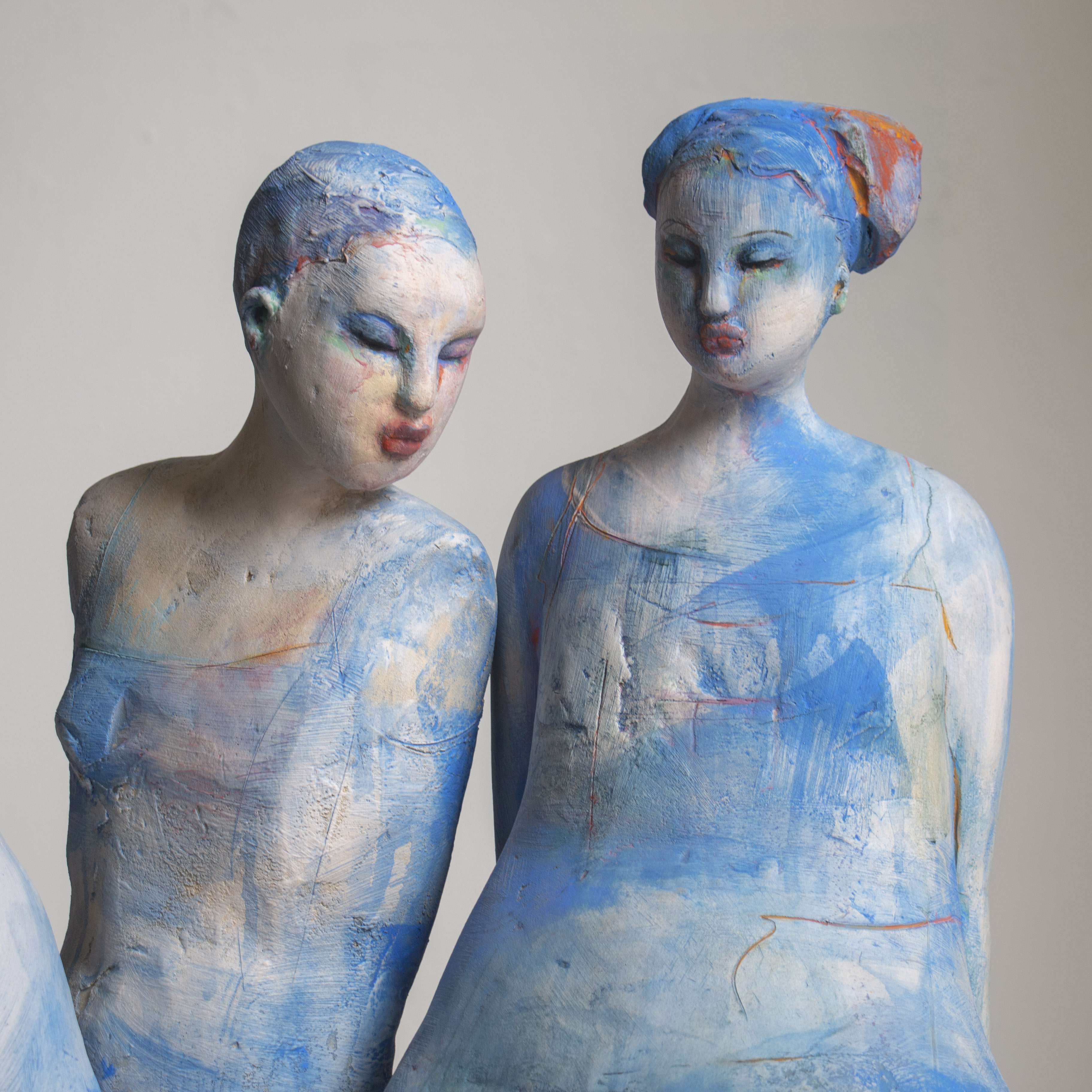