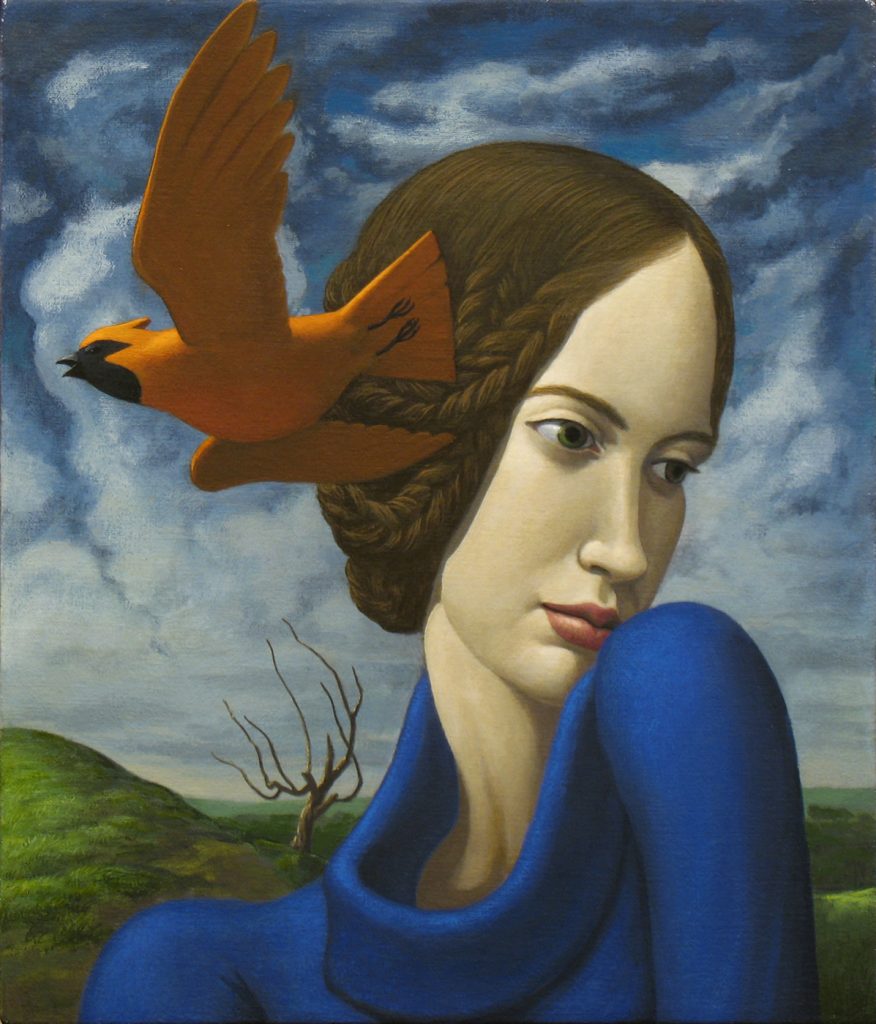 John Tarahteef was born in Santa Clara in 1972 and was instantly drawn to visual representation. As a child he would interpret the world around him through the medium of drawing. John Tarahteef was raised in the southern bay area and pursued Landscape Architecture studies at the esteemed UC Davis.

“This is what I am still basically doing in my painting with the addition that now I am far more aware of the tradition of image making and place my work in the context of other painters. I draw from what I perceive to be the best efforts of other painters to refine my understanding of the formal richness that painting affords to translate experience. While I minored in art at U.C. Davis, I didn’t really start honing in on how I should paint till I graduated and began painting intensively in my parent’s garage. There, I experimented for a few years with varied forms of representation and abstraction. Eventually, I settled on representational painting as my efforts with abstraction seemed to gravitate towards an obsessive minimalism as I preoccupied over increasingly slight modulations in the formal elements of a work. However, my experimentations with abstraction helped me to become more proficient with my chosen medium, acrylic paint, because as I turned down the volume, so to speak, it forced me to handle the paint in a very detail oriented way.”

This mysterious artist creates in a way that combines his love for figure painting, contemporary Mannerism and realism. The exaggerated and distorted figures in his work invoke amusement and disorientation in the viewer.

An enigmatic figurative painter, Tarahteef combines realism with a sort of contemporary Mannerism. His paintings of elongated, almost unnatural-looking characters can be humorous and unsettling, striking emotional chords in the viewer. 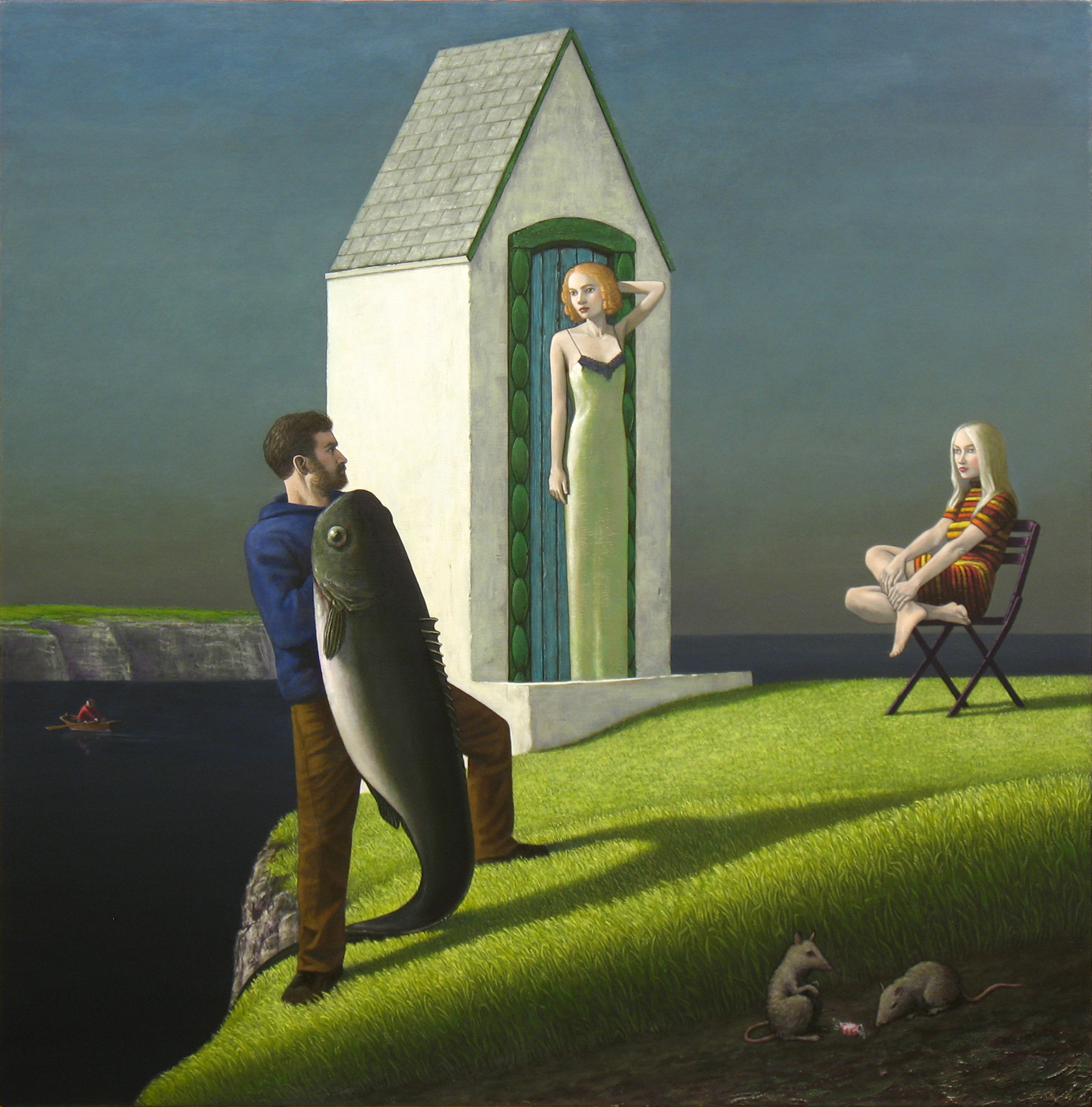 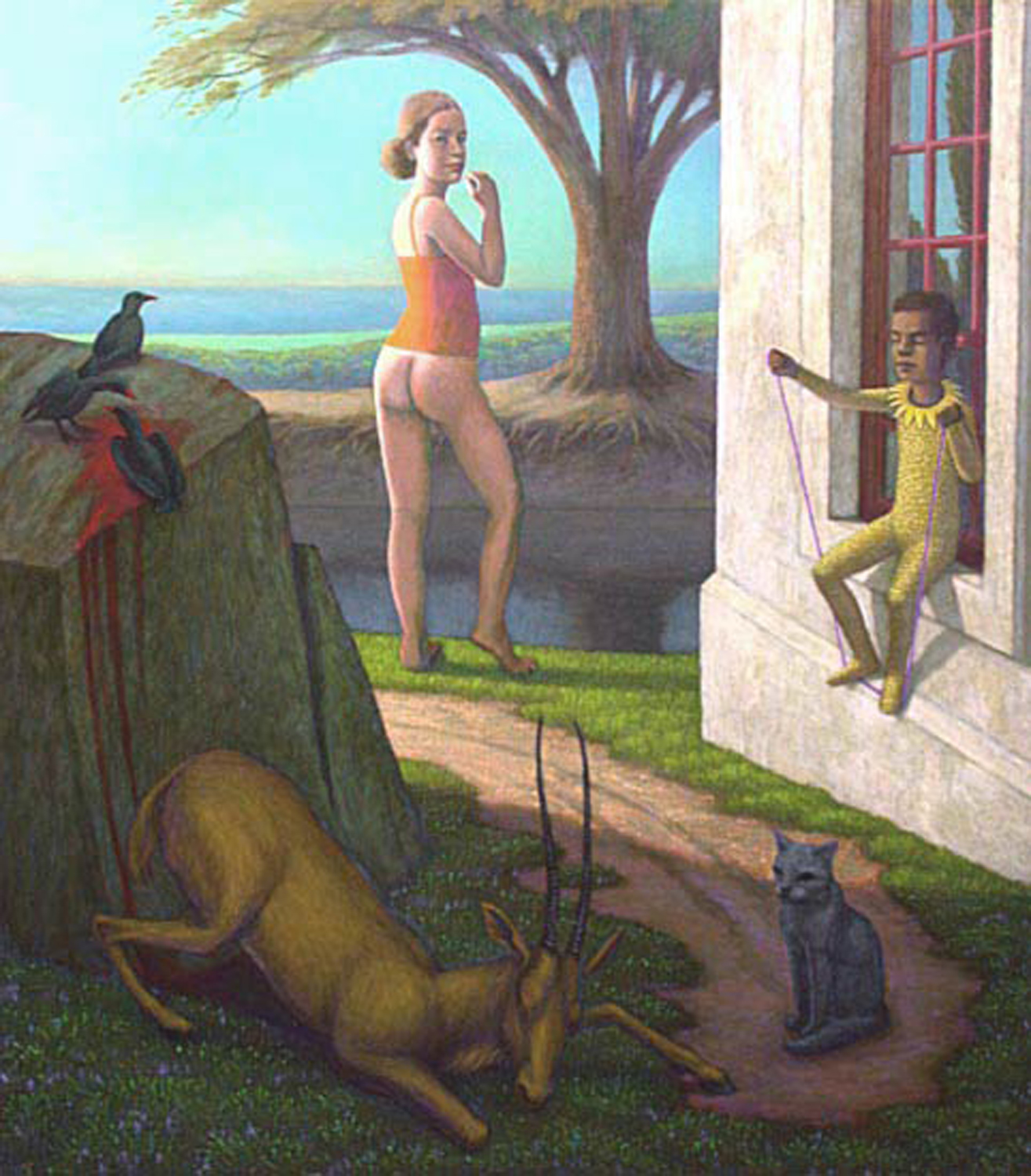 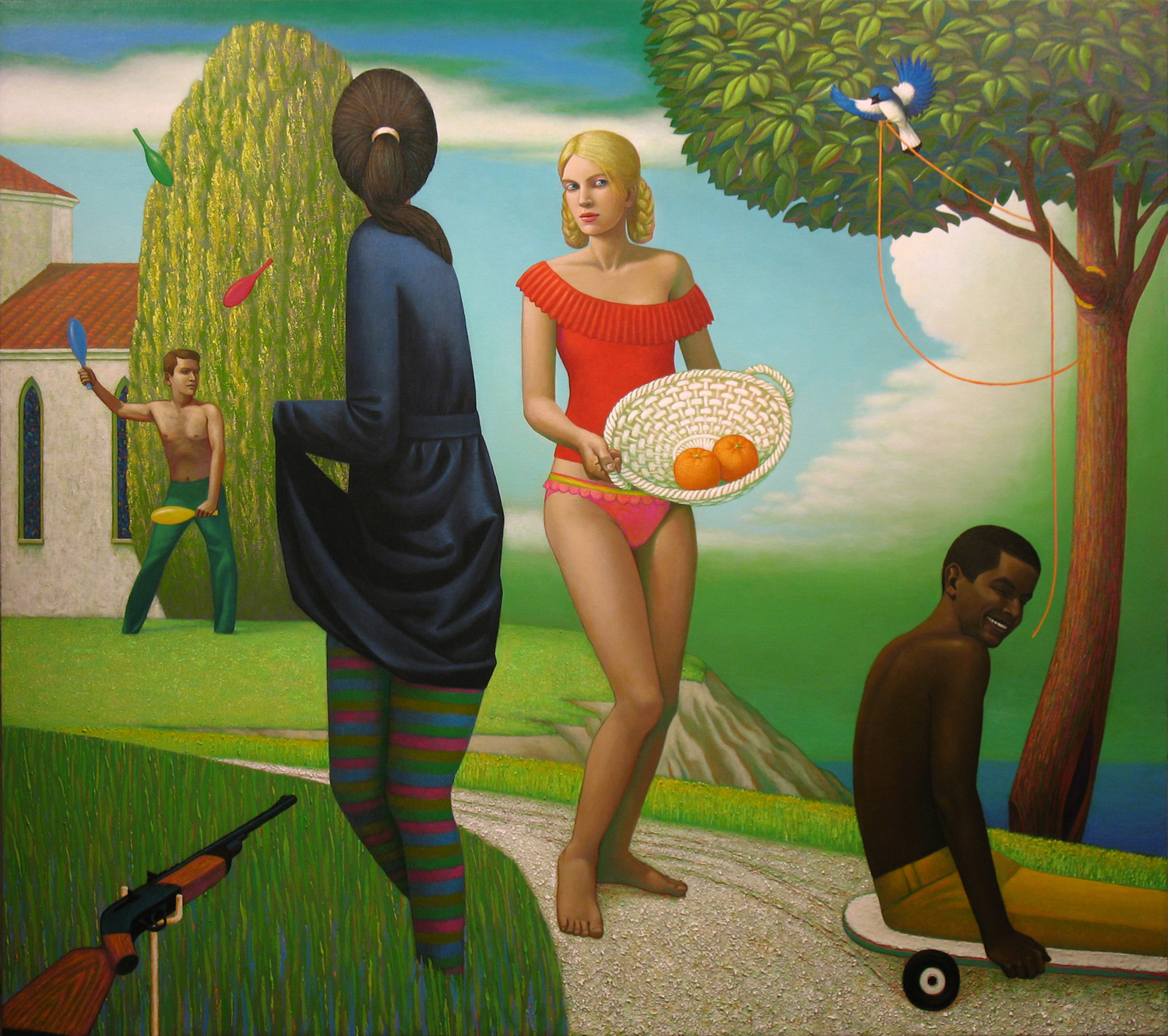 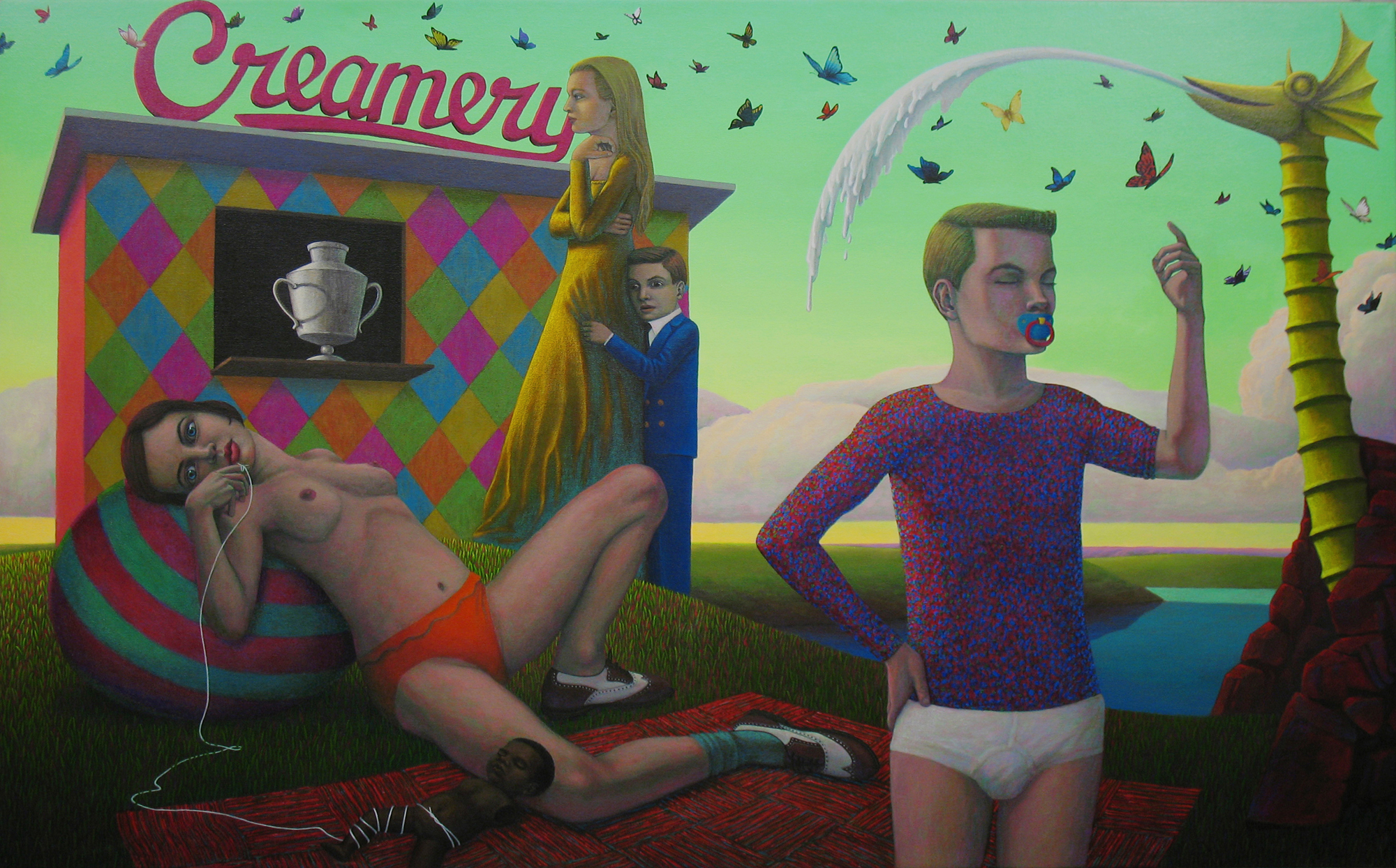 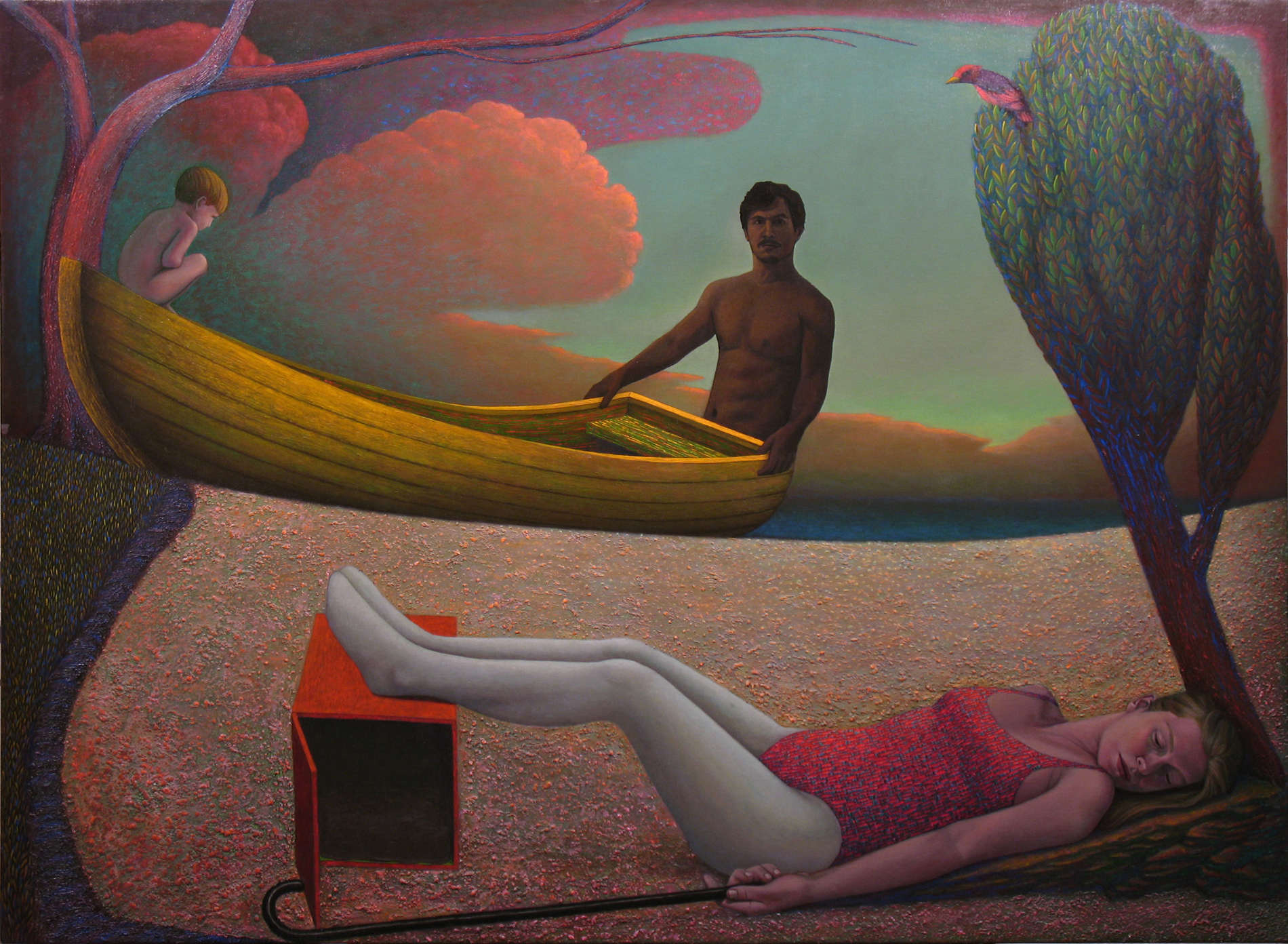 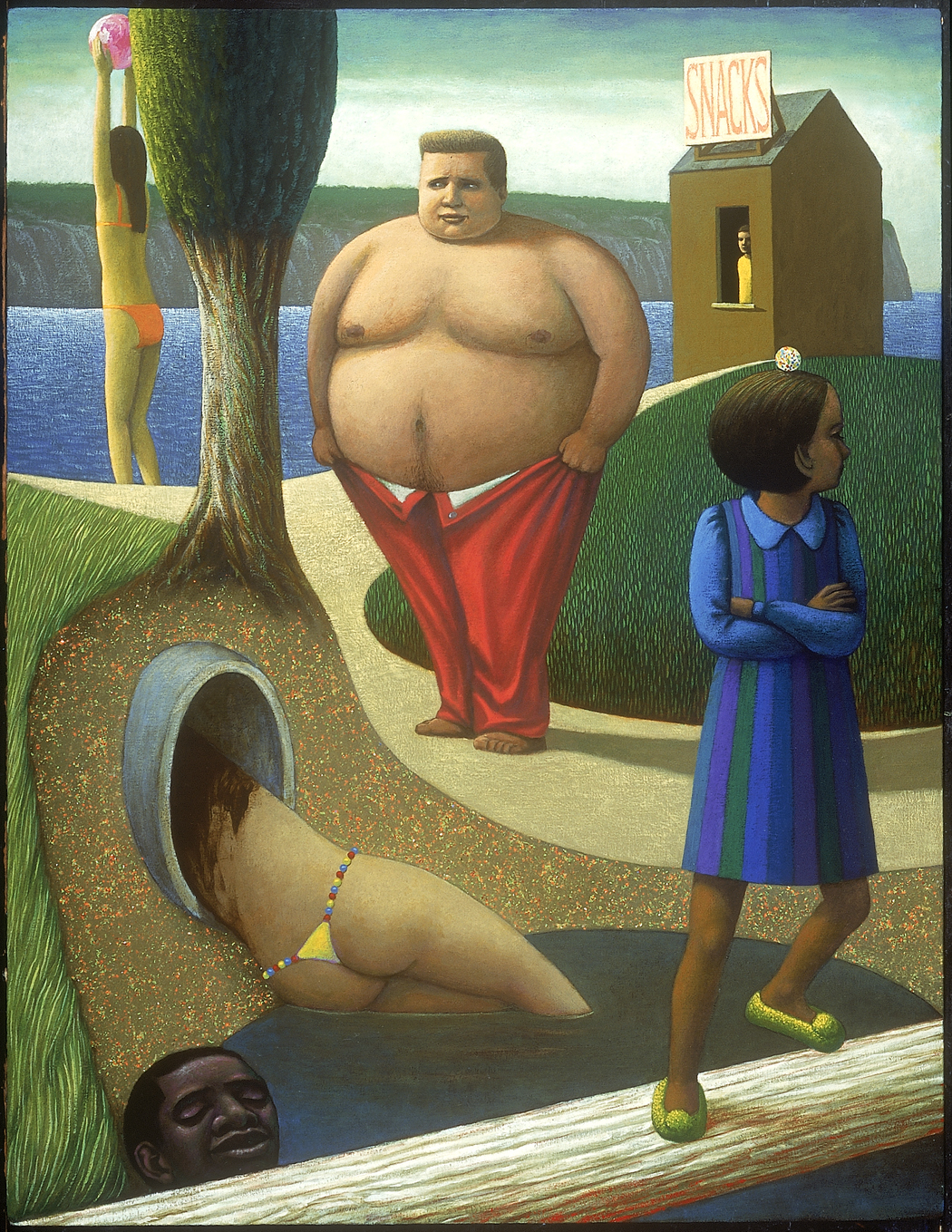