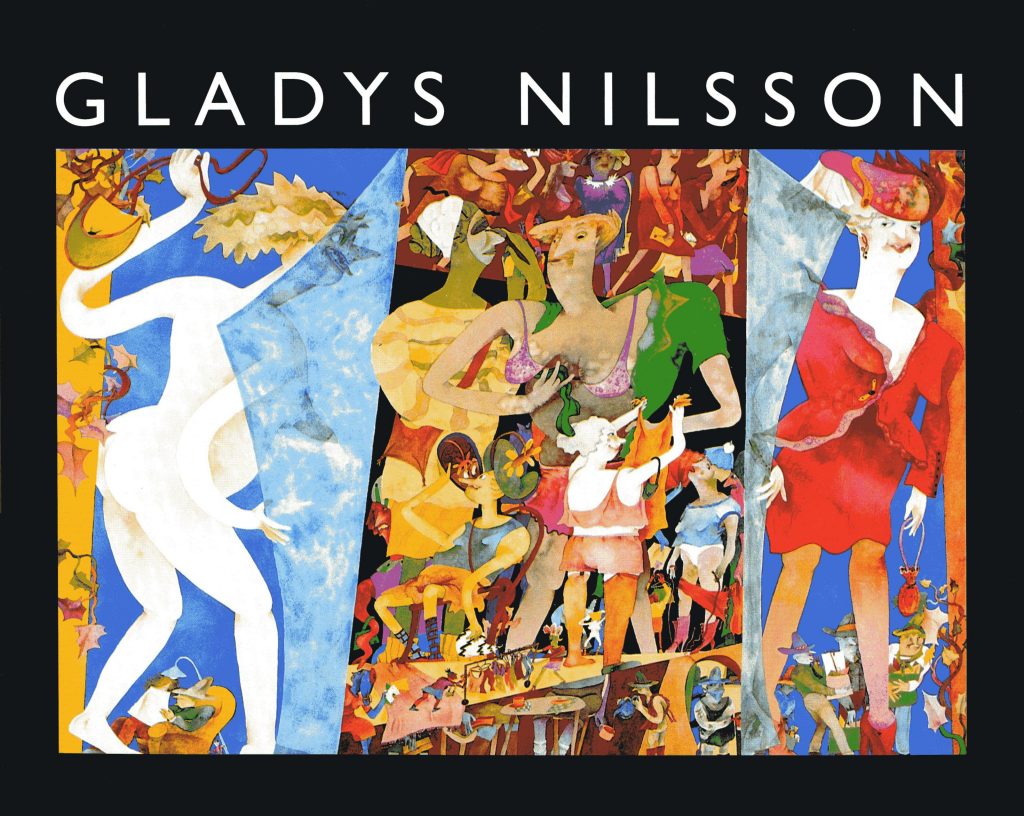 Born in Chicago in 1940, the only child of a blue-collar Swedish immigrant parents, Gladys Nilsson remembers drawing as a major method of entertaining herself as a child. Before her teen years she won a small scholarship to attend the School of the Art Institute of Chicago’s after-school lecture/drawing classes, beginning her immersion into the very rich collection at the Art Institute of Chicago. This experience, and some timely encouragement from a high school art teacher, led Nilsson to decide to try to become an artist, an on graduating high school the SAIC was the only place to which she had applied. The SAIC already had a long reputation of being a place where independently thinking artists could develop and there Nilsson was able to experiment with media and style, and specifically recalls being intrigued by James Ensor’s biting satirical work, and the art of the German Expressionists.

Nilsson received her BFA from the School of the Art Institute of Chicago in 1962. In 1966, Nilsson was a member of a group of graduates (Jim Nutt, Suellen Rocca, Karl Wirsum, Art Green and Jim Falconer) who exhibited under Hairy Whoat Chicago’s Hyde Park Art Centre. This exhibition was one that marked the beginning of Chicago Imagism.

“The Hairy Who were six individuals with their own personal figurative style who were united by their education, their sense of humour, a vast knowledge of art history and their use of source material including comics, tattoo design and circus ephemera. More than a series of group shows, the exhibitions were progressive and challenged traditional modes of presentation in the installation, catalogues and posters. The Hairy Who left a long-lasting impression on the art world, reaching cult status, and are revered by many artists including Peter Doig, Jeff Koons and Kerry James Marshall.

Gladys Nilsson’s work is masterfully executed in vibrant watercolour, characterised by densely constructed compositions, in which figures press up against the picture plane. A unique application of watercolour- a medium with which Nilsson has become synonymous – began in the 1960s as a safer alternative to oil paint whilst pregnant. Her dedication to painting was not impeded, and her skill and success with watercolour made it her medium of choice from then on, with the artist not returning to work on canvas. In the early 1990s she began to experiment with collage and watercolour, which has since become another significant area of her practice.

Nilsson’s works, enlivened with playful narratives, begin in the real world – a self-proclaimed voyeur, the artist looks closely at human interactions which she transforms into a universe of her own creation. From a blue-collar background, Nilsson thinks there is a lot to be said for simply getting through the day, stating that ‘I like to celebrate small things.’ Monumentalising the humdrum, Nilsson plots big moments and absurd twists for her idiosyncratic characters – favouring humour over realism, limbs unnaturally contort and curve. Unencumbered by the rules of gravity, scale or proportion, figures of varying sizes fill the frame. Drawing inspiration from fine art and mass culture, the artist attributes rapid scale change to both an appreciation for Renaissance altarpieces and growing up with the Sears catalogue which formatted clothing advertisements with a large image alongside smaller images of all the available colours. 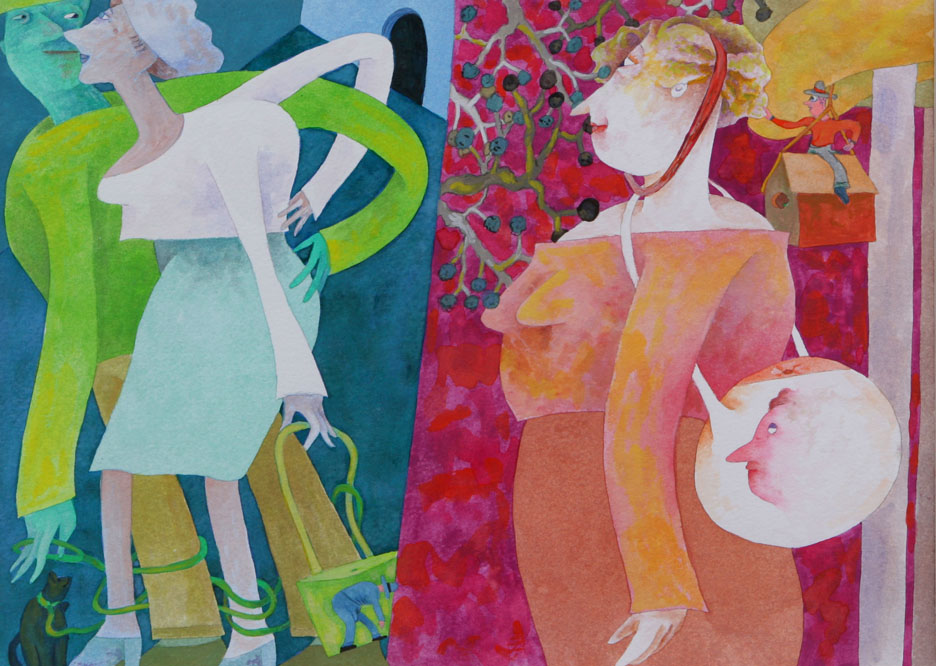 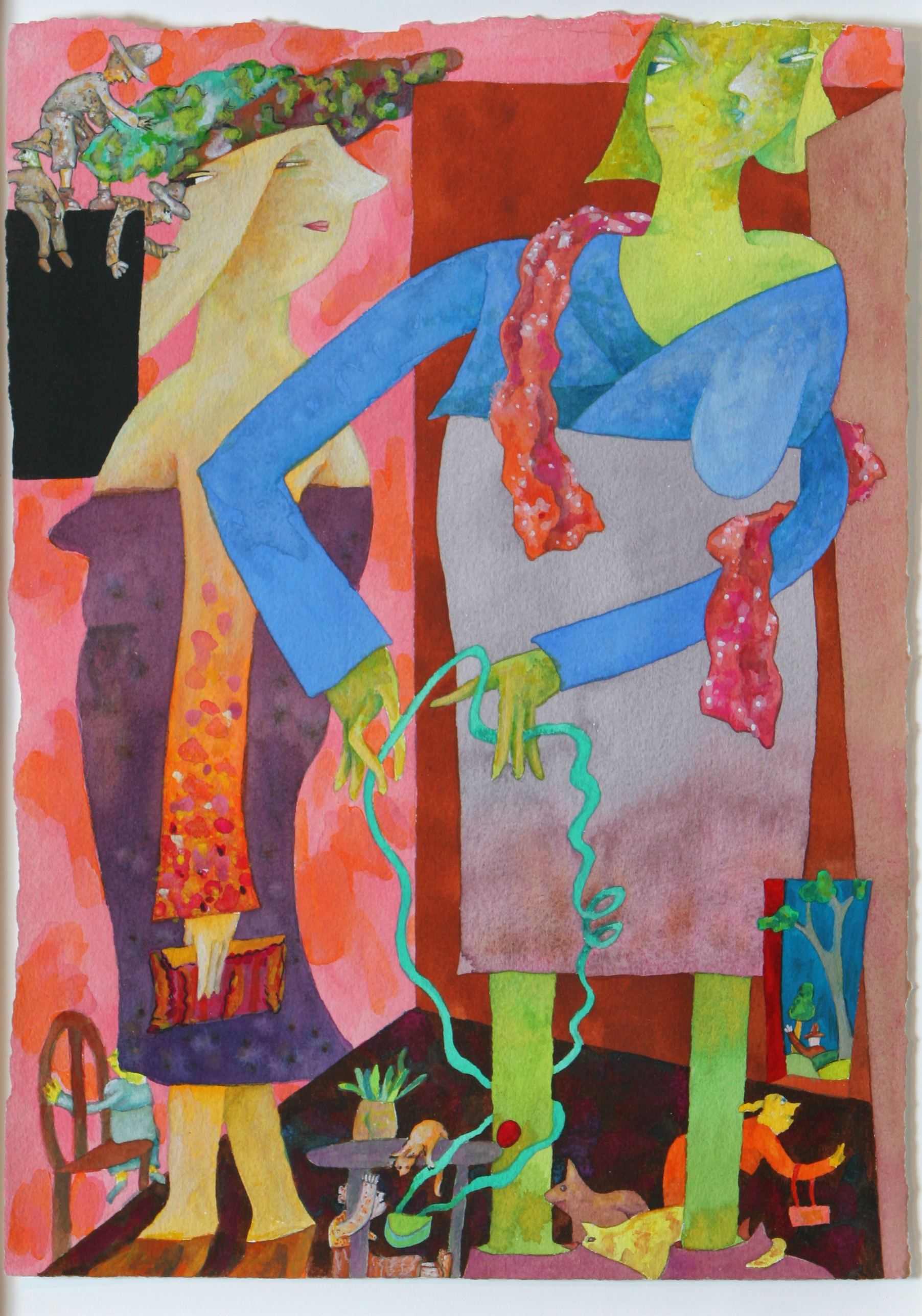 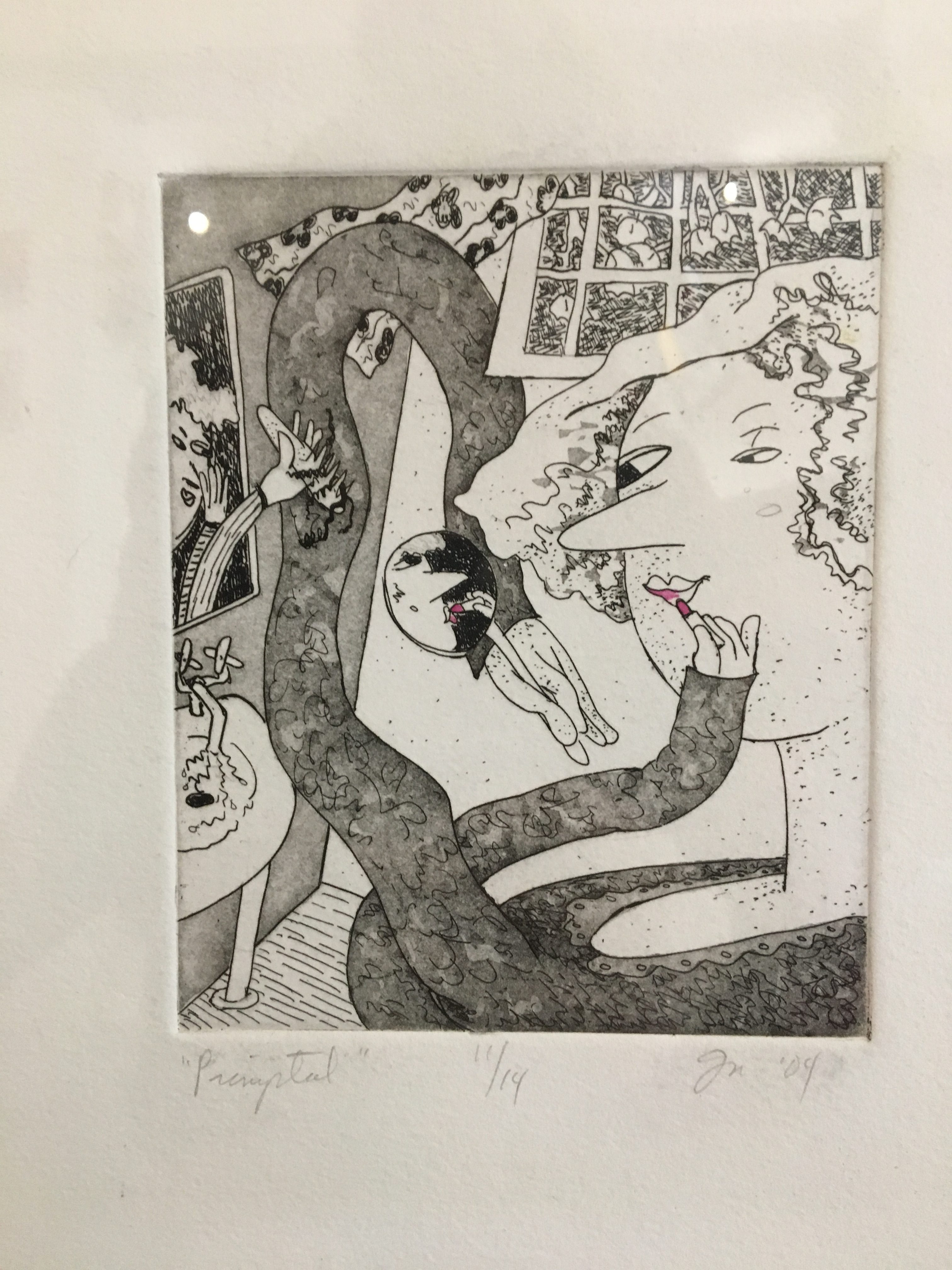 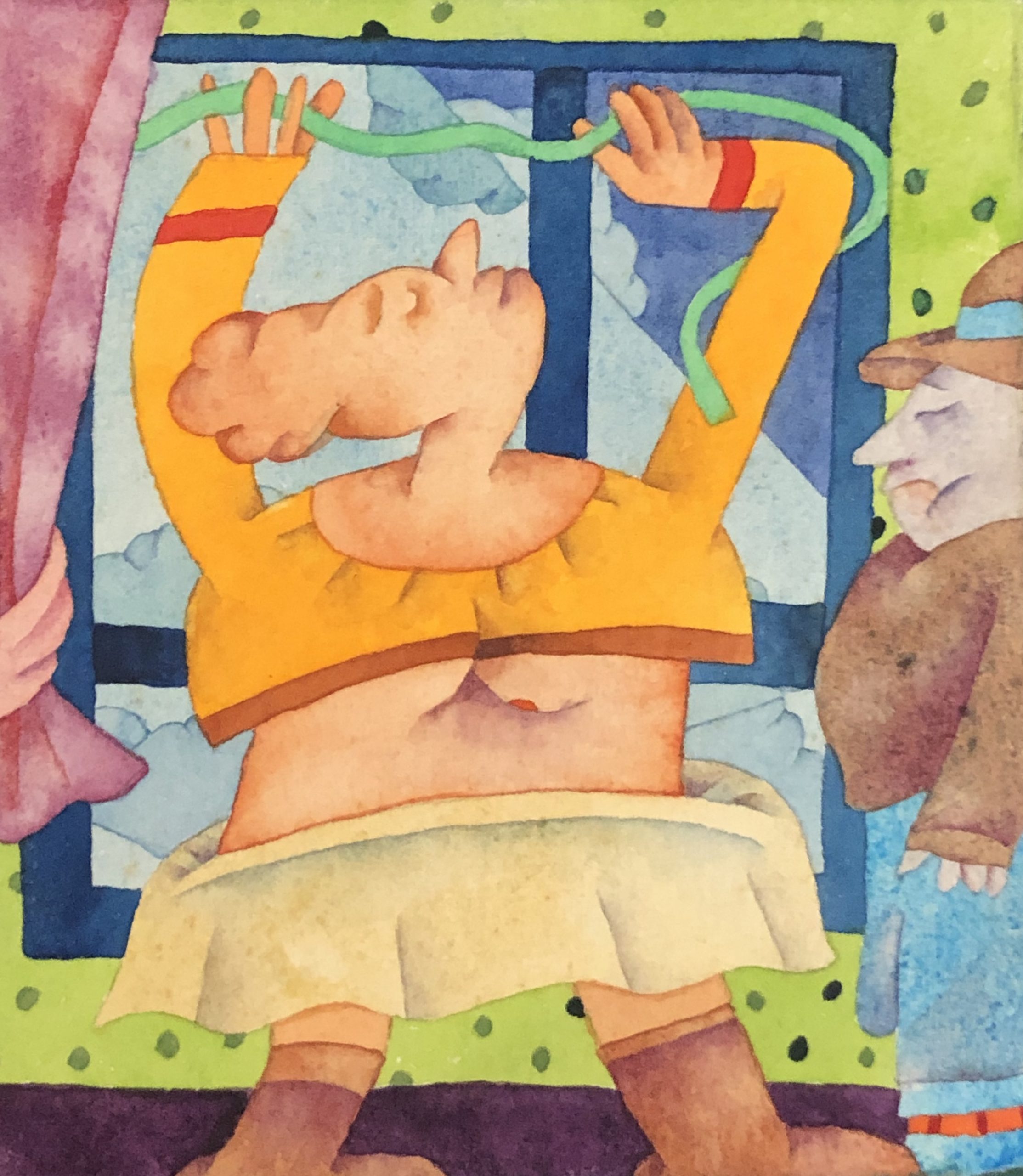