American by birth, but raised in post-war Germany during the formative years of his childhood, Chester Arnold is interested in the capacity of painting to convey the complexities of the human psyche. His compositions present skewed linear perspectives that place the viewer at a remove, above and beyond an unfolding narrative. The romantic beauty of natural landscapes, in part informed by historic master Caspar David Friedrich, is subverted by Arnold’s preoccupation with the detritus of human accumulation.

Each of his naturalistic paintings is a scene in the narrative, a juxtaposition of nature and the human presence. Arnold embraces the craft of painting, but eschews traditional, romantic portrayals of the natural environment. He chooses instead to depict the landscape as we encounter it, warts and all. He leads us on an odyssey through entropic litterscapes and canyons carved by excavators and probed by prospectors. He guides us along rivers of asphalt and over mountains of tires, showing us nature’s struggle in the midst of growing human consumption and waste. And he provides glimpses of nature’s resilience, as frogs emerge from the cracked pavement and trees rise above itinerant scatters of trash. Arnold supplies us with a birds-eye view of these scenes, inviting us to transcend the tainted landscape and to restore its natural state. 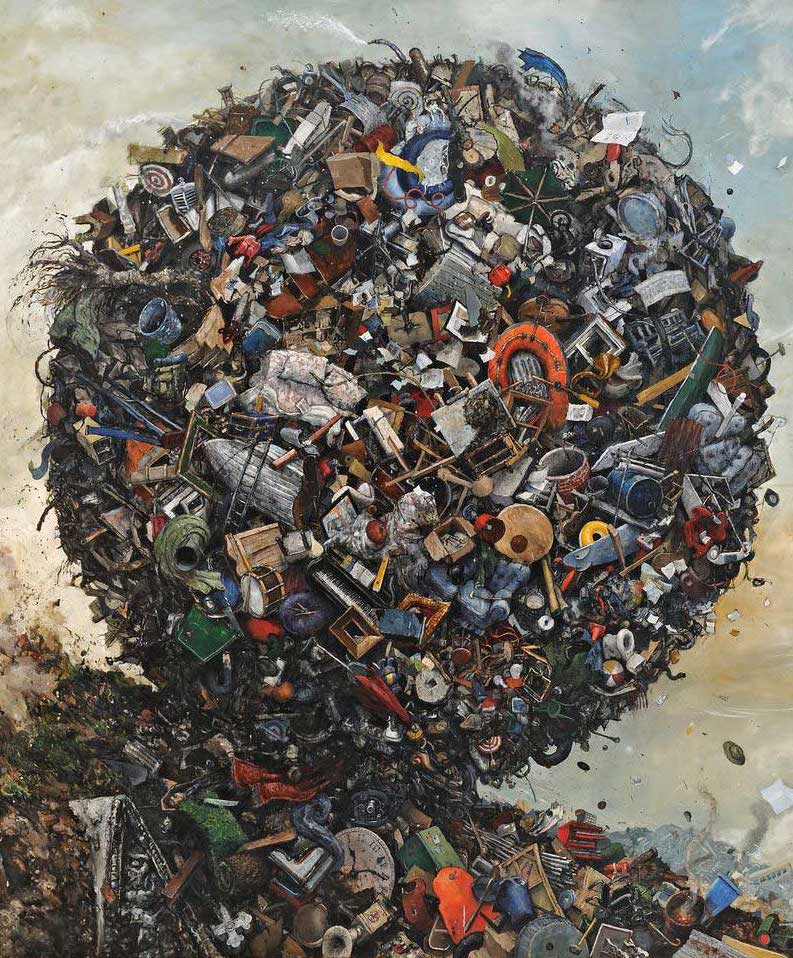 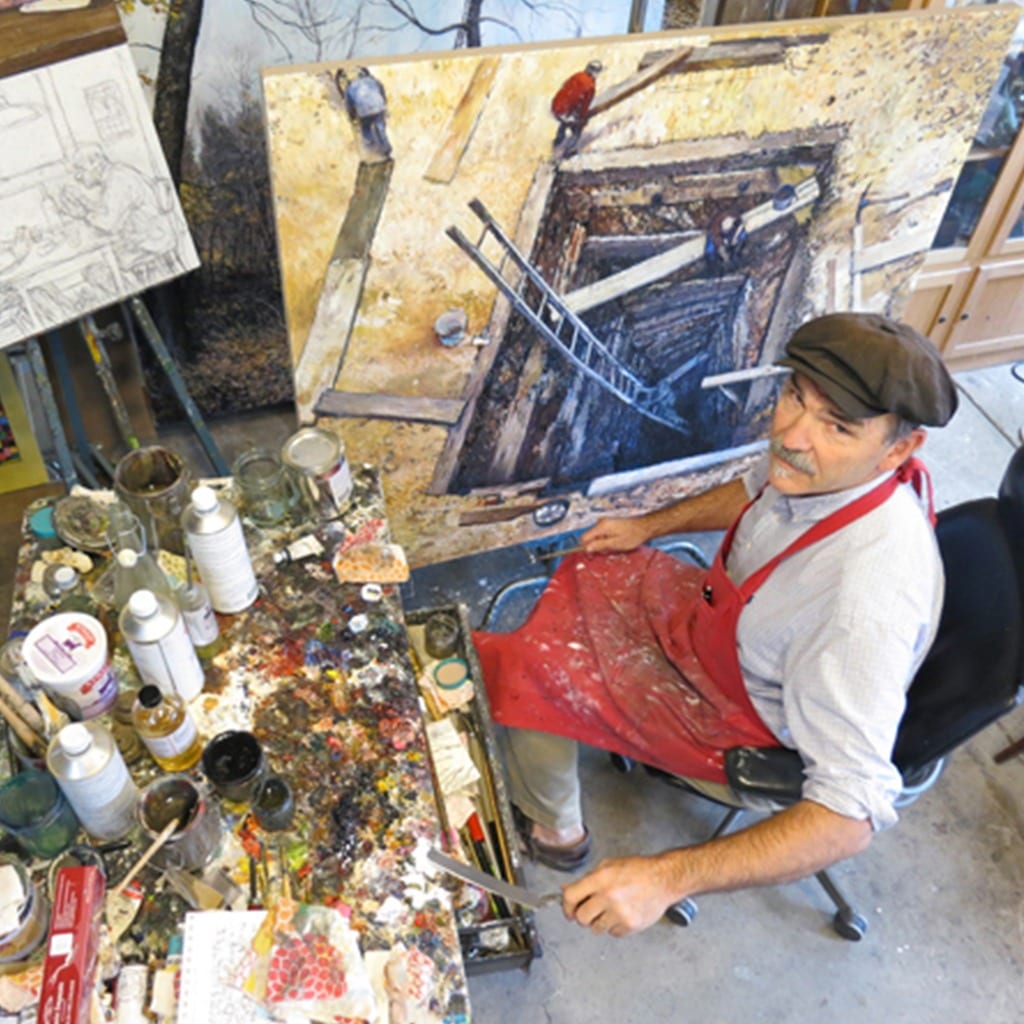