The John Natsoulas Center for the Arts presents

12th Annual Art of Painting in the 21st Century 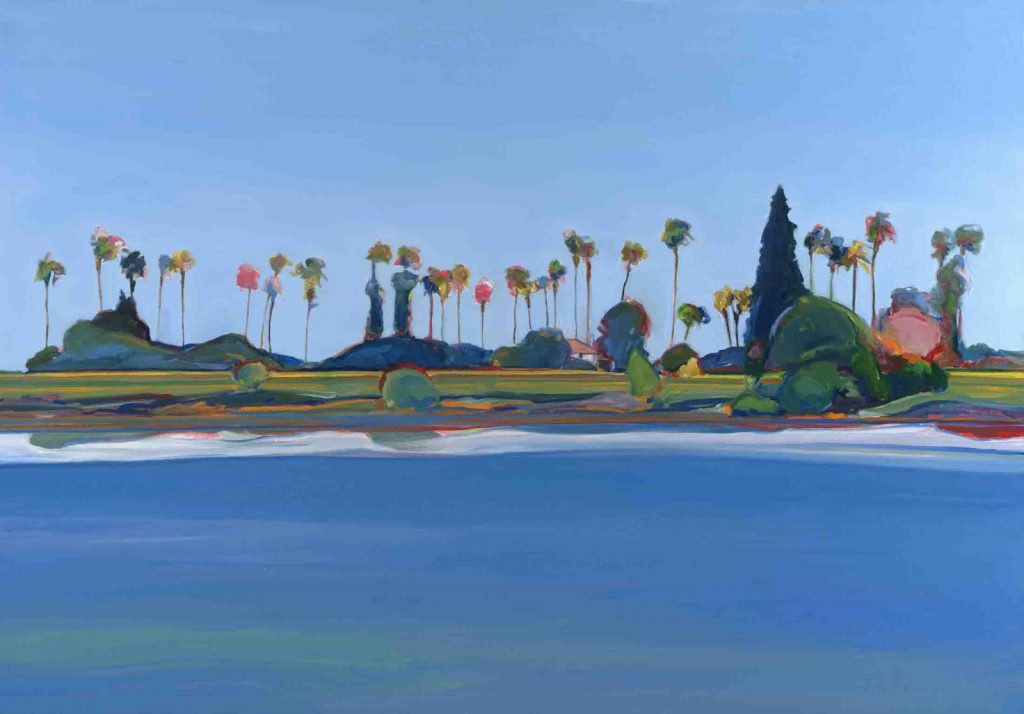 The Art of Painting in the 21st Century is an annual conference in its eleventh year and is geared towards nurturing dialog on contemporary painting and the shared ideas that define current trends in the field. Many painters work alone, an isolated process that deprives the artist of thriving debate until the work is shown. This year’s conference will feature some of the most talented and well known painters working today. This year’s conference features artists Greg Kondos, Chester Arnold, Richard Whitten. Gamblin paint studios and Chester Arnold will both provide live painting demonstrations for attendees.

This conference provides a unique opportunity and an intimate setting to interact with top artists. UC Davis, home to artist Roy de Forest, Roland Peterson, Wayne Thiebaud, and Robert Arneson, was instrumental in defining a new direction for a uniquely West Coast style. Nowhere else in the country will the participant be able to interact and discuss the purity of painting in one place. Meet face-to-face with distinguished artists you might only otherwise read about. This year, a collegiate exhibition of the top 20 young college student painters will be on display. Many cash awards will be given to these young artists that represent the future of painting. The conference is partially funded by the city of Davis.

7 – 9 pm: Awards Ceremony and Reception for the Best of College Painters in California

Recognized as one of the most prominent California landscape artists, Gregory Kondos has been providing a visual feast of landscape art for over 65 years. Whether painting scenes of Northern California forest, the mountainous Yosemite National Park, or the shores of his ancestral Greece, Kondos continues to paint with a simplicity and clarity that have become hallmarks of his work. Kondos studied at Sacramento City College and later received his Bachelor’s and Master’s Degrees in Art at the California State University at Sacramento. He taught at Sacramento City College for 27 years and was the founder and director of the campus gallery. With fellow artist and friend, Wayne Thiebaud, Kondos founded the Artists Cooperative Gallery (now the Artists Contemporary Gallery), one of the earliest showcases for aspiring artists in northern California.  Kondos is the recipient of many prestigious awards and his work has been shown extensively in this country as well as internationally.

Richard Whitten grew up in Manhattan, NY. Richard Whitten earned a B.A. in Economics from Yale University and an M.F.A. in Painting from the University of California at Davis where he studied with both Wayne Thiebaud and Robert Arneson. He has had numerous exhibitions on both coasts. Notable are major solo exhibitions at the Frye Art Museum in Seattle, Washington, the Newport Art Museum in Newport, Rhode Island, and the University of Maine Museum of Art. He is represented by ArtMora Gallery, NY and Seoul, Korea; Clark Gallery, Lincoln, MA; the William Scott Gallery, Provincetown, MA; and the Dedee Shattuck Gallery in Westport, MA. He is presently a Professor of Painting and former Chair of the Art Department at Rhode Island College. His paintings involve mechanical devices set within imagined classical architecture. His dark, rich color palette provides the basis for these whimsical worlds Whitten creates.

Cynthia Sitton was born in San Juan Capistrano, CA where she loved art from a very young age. She would spend hours with her grandfather who was a graphic artist and they would pour over thick art books. Sitton continues to work and live in San Juan Capistrano with her family. She received her BFA and MFA from Laguna College of Art and Design. Her paintings are often figurative and depict elements of her own life, including themes of family, mental illness, and universal emotions. Her paintings are most often created with oil on linen, lending to their airy, realistic quality. Sitton describes her artwork as “both a statement of what [she] believes and who [she] actually is.”