12th Annual Art of Painting in the 21st Century Conference

Recognized as one of the world’s most prominent California landscape artists, Gregory Kondos has won numerous prizes and has works in permanent collections of many museums, including the Yosemite Museum, where he has been a member of the Artist-in-Residence Program since 1989. Among his solo exhibitions is a recent retrospective at the Crocker Art Museum in Sacramento.  His paintings, drawings and prints have been described by Art Harlow, Director of the Hearst Art Gallery at St. Mary’s College, as “a visual feast for those who love landscape art and the unique beauty of California’s diverse terrain.”

Raised in Sacramento by Greek immigrant parents, Kanela and Steve Kondos, Mr. Kondos studied at Sacramento City College and later received his Bachelor’s and Master’s Degrees in Art at the California State University at Sacramento. He taught at Sacramento City College for 27 years and was the founder and director of the campus gallery. With fellow artist and friend, Wayne Thiebaud, Mr. Kondos founded the Artists Cooperative Gallery (now the Artists Contemporary Gallery), one of the earliest showcases for aspiring artists in northern California. Mr. Kondos was recently elected to the National Academy of Design and was featured in the Fall of 1998 in a PBS Special Program documentary, “A Passion for the Land.”According to Victoria Dalkey, art correspondent for the Sacramento Bee, ” …it was a trip to Greece, his ancestral home, in 1963, that changed the course of his work.” “His protracted observation of  the Greek landscape, sitting alone and watching the sun glint off the ruins of Sounion, waiting for changes in the color, profoundly affected his painting. Coming home with suitcases full of drawings, he began to paint what he had seen with the simplicity and clarity that have become hallmarks of his work.” 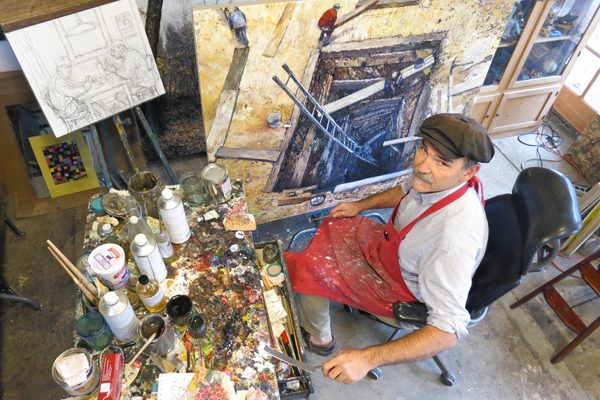 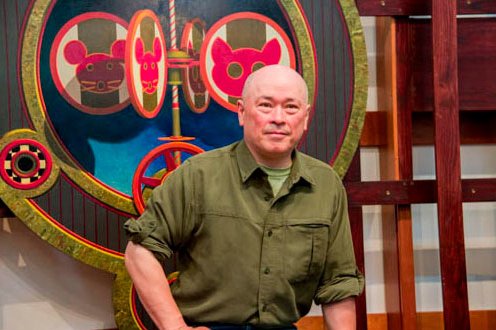 Richard Whitten grew up in Manhattan, NY. Richard Whitten earned a B.A. in Economics from Yale University and an M.F.A. in Painting from the University of California at Davis where he studied with both Wayne Thiebaud and Robert Arneson. He has had numerous exhibitions on both coasts. Notable are major solo exhibitions at the Frye Art Museum in Seattle, Washington, the Newport Art Museum in Newport, Rhode Island, and the University of Maine Museum of Art. He is represented by ArtMora Gallery, NY and Seoul, Korea; Clark Gallery, Lincoln, MA; the William Scott Gallery, Provincetown, MA; and the Dedee Shattuck Gallery in Westport, MA. He is presently a Professor of Painting and former Chair of the Art Department at Rhode Island College. 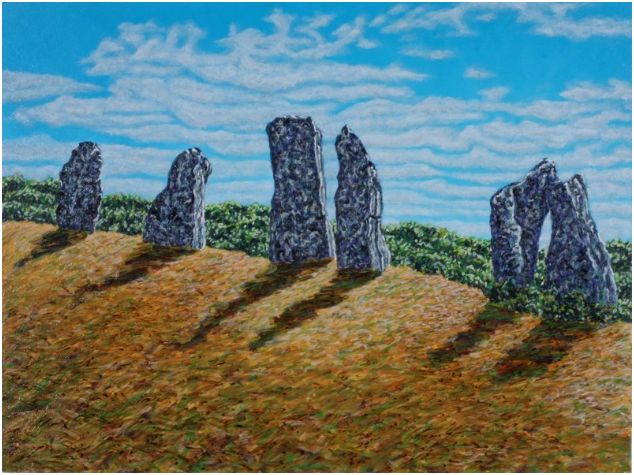 Glenn Brill is an artist residing in Northern California. Glenn holds a BA from Moravian College, a BFA from the California College of Arts and Crafts, an MFA from Cranbrook Academy of Art and is a Tamarind Master Printer. Brill has taught at California College of the Arts, San Francisco Art Institute, University of California/Hayward and San Francisco State University. He is the recipient of two National Endowment for the Arts Visual Fellowships, author of “Beyond the Brush” and co-author of “The Acrylic Handbook”. His artworks are in the permanent collections of the Archives of American Art, Brooklyn Museum, San Jose Museum and Phoenix Art Museum.

For the past 20 years Glenn has been consulting with companies that make fine art materials. He has worked for some of the premier art material companies as Manager of Education, helping to develop and test oil and acrylic paints, brushes, canvas, paper, and drawing materials. He is currently the Manager of Education for Gamblin Artist Colors, Strathmore Fine Art Paper and Da Vinci Brushes. 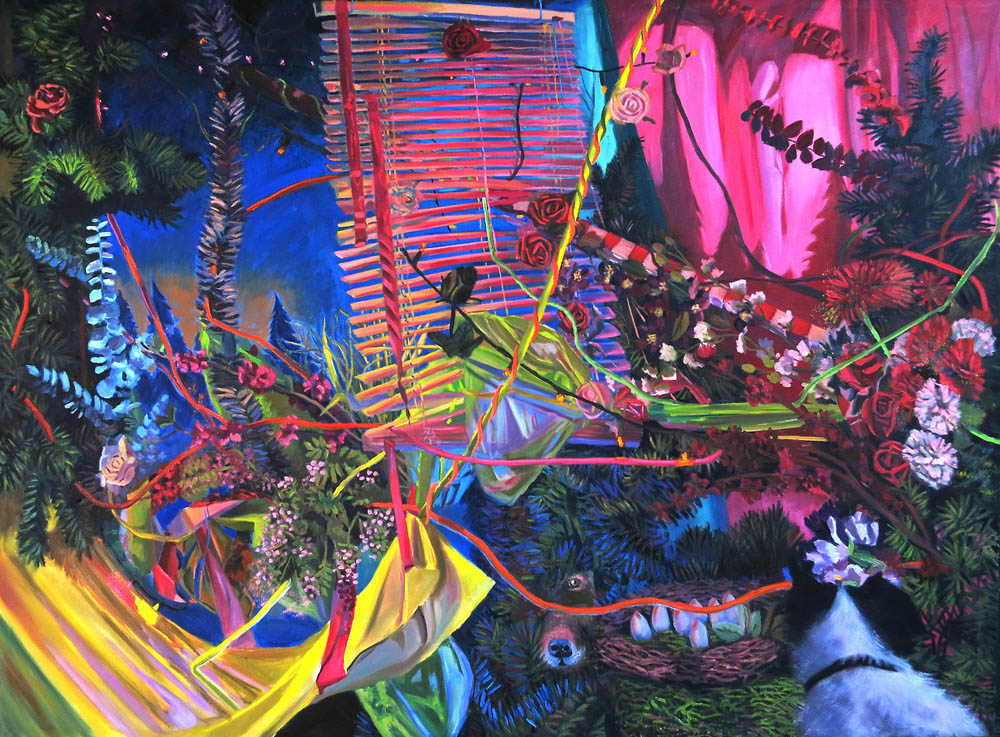 Tom Colcord was born on May 15, 1990 in Indianapolis Indiana. After completing his BFA in Painting from Indiana University Bloomington he studied abroad in Florence Italy. Inspired by works from the old masters he set out to become a full time artist and moved to San Francisco where he is currently pursuing a Masters of Fine Arts at the San Francisco Art Institute. Tom considers his art practice primarily related to painting but heavily reliant on drawing, collage, sculpture, and digital art as well. 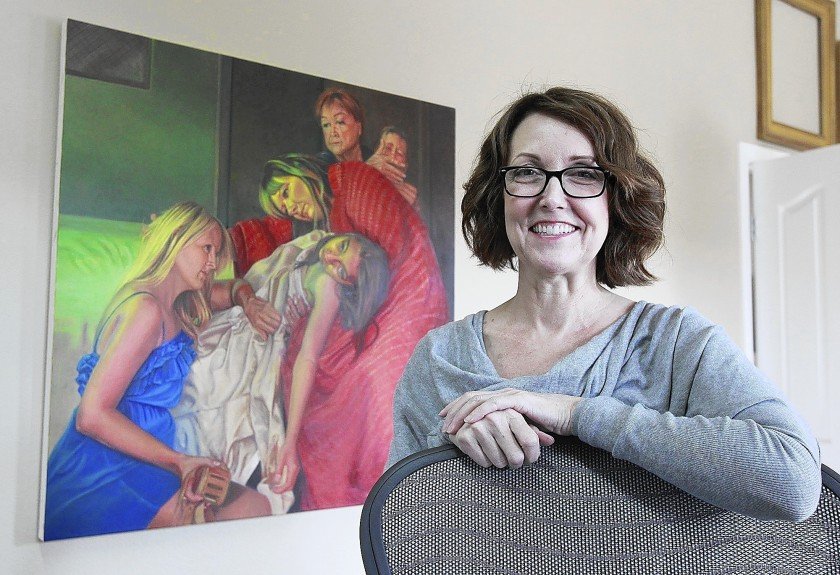 Cynthia Sitton was born in San Juan Capistrano, CA where she loved art from a very young age. She would spend hours with her grandfather who was a graphic artist and they would pour over thick art books. Sitton continues to work and live in San Juan Capistrano with her family. She received her BFA and MFA from Laguna College of Art and Design. Her paintings are often figurative and depict elements of her own life, including themes of family, mental illness, and universal emotions. Her paintings are most often created with oil on linen, lending to their airy, realistic quality. Sitton describes her artwork as “both a statement of what [she] believes and who [she] actually is.”